The largest castle in Wales, covering an area of 30 acres, which adjoins the site of a Roman fort built in AD75 and was used until the middle of the 2nd century. The castle was completed in 1272 after having been captured and burnt down in 1270 by the Welsh and employed the latest concentric design with a moat and lake for extra protection. The structure decayed in the 16th century, possible in part due to the Civil War. It is not certain whether the leaning tower has subsided or was damaged by gunpowder. 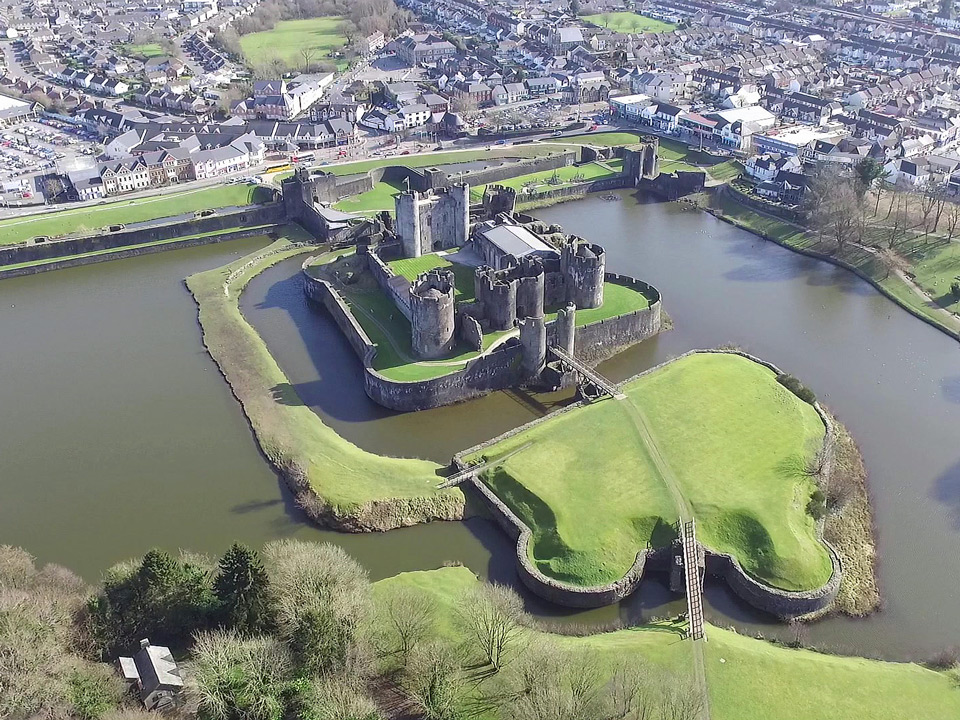