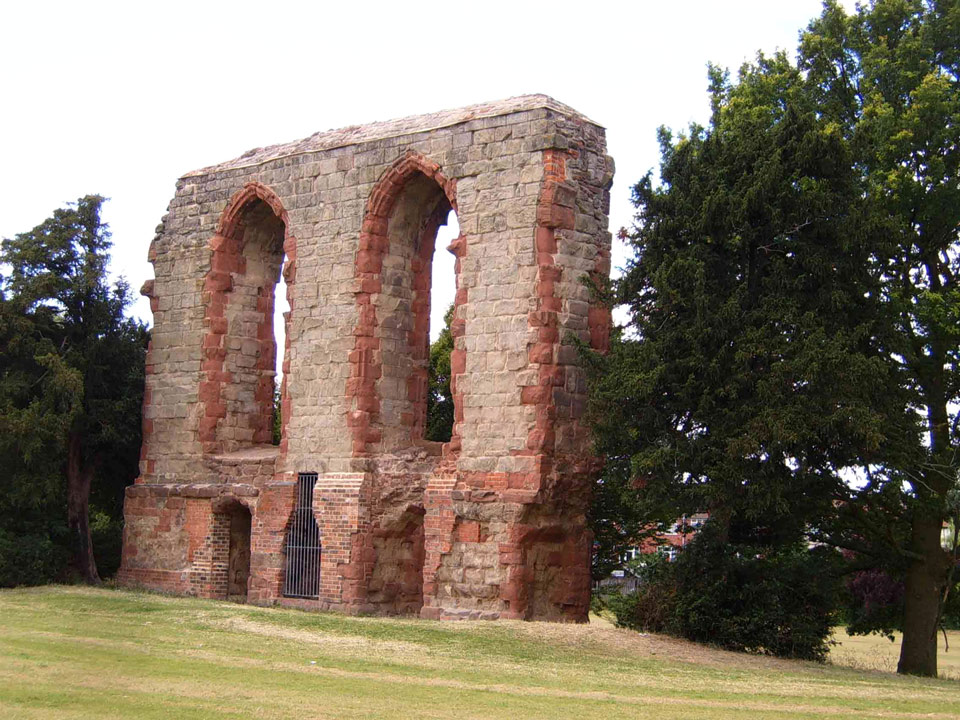 All that remains of 14th century fortified manor house, near Coventry, is part of a wall about 10 metres high with two gothic windows, probably part of the medieval hall. It may have been damaged during the Civil War, but it was in any case in poor condition by the end of the 17th Century. Recently the local council carried out repairs to stabilise the remains.