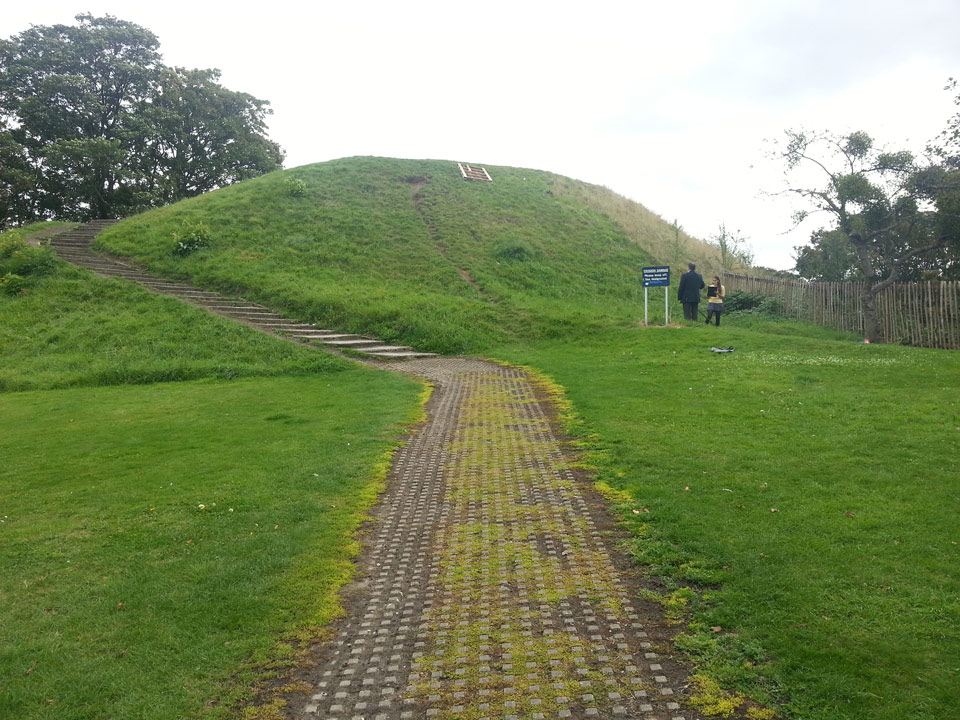 The motte and bailey castle was constructed in 1068, and rebuilt in stone in the 12th century. At the end of the 13th century it was rebuilt with new curtain walls, a gatehouse and a keep on the motte. During the 15th and 16th centuries it was used as a source of stone but at the start of the Civil War it was refortified. The defences were slighted during the war in 1647 and the gatehouse was demolished in 1842. Now only the motte remains as the rest of the stone was removed for college buildings.

The print dating from 1784 below shows the castle in Elizabethan times. 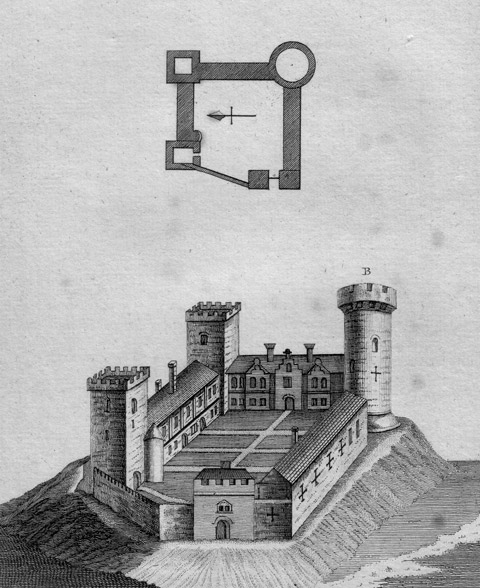