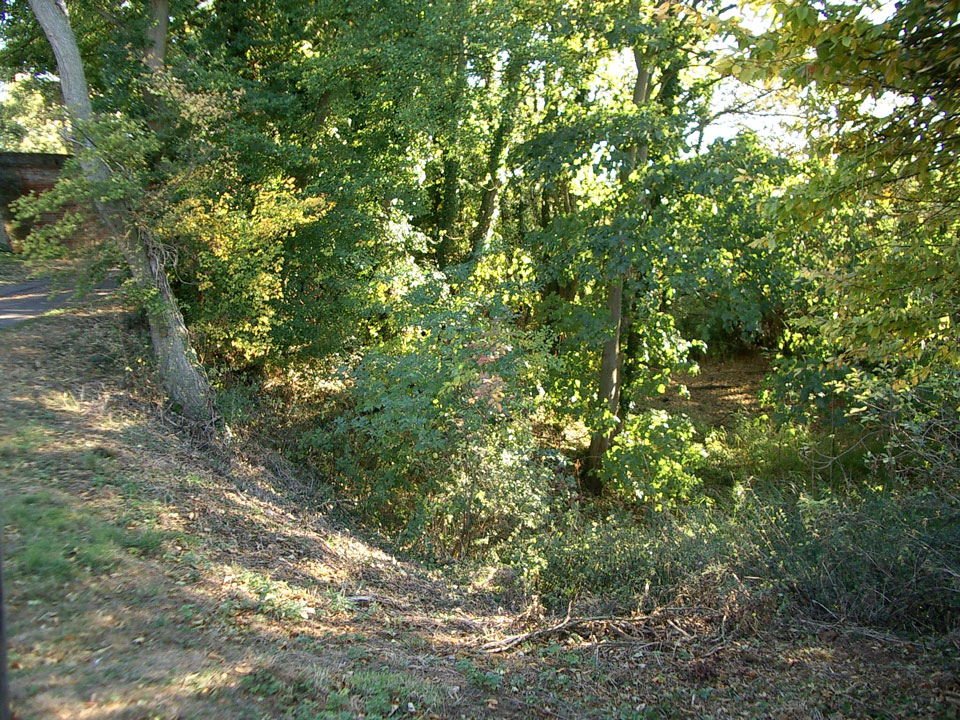 A tall motte, probably similar to that at Castle Hedingham which was also owned by the Earl of Oxford, and wooden keep surrounded by a moat were erected after the Norman invasion. The castle was sold in 1584 as a private residence and the village around it was abandoned, moving to a new site a mile to the north. In 1738 the house fell down and was replaced by a farmhouse, the motte being severely lowered to increase the area that could be built on. The low motte and the moat are still visible with some of the 16th century walls near the 15th century All Saints church.

Private, but is next to a footpath.