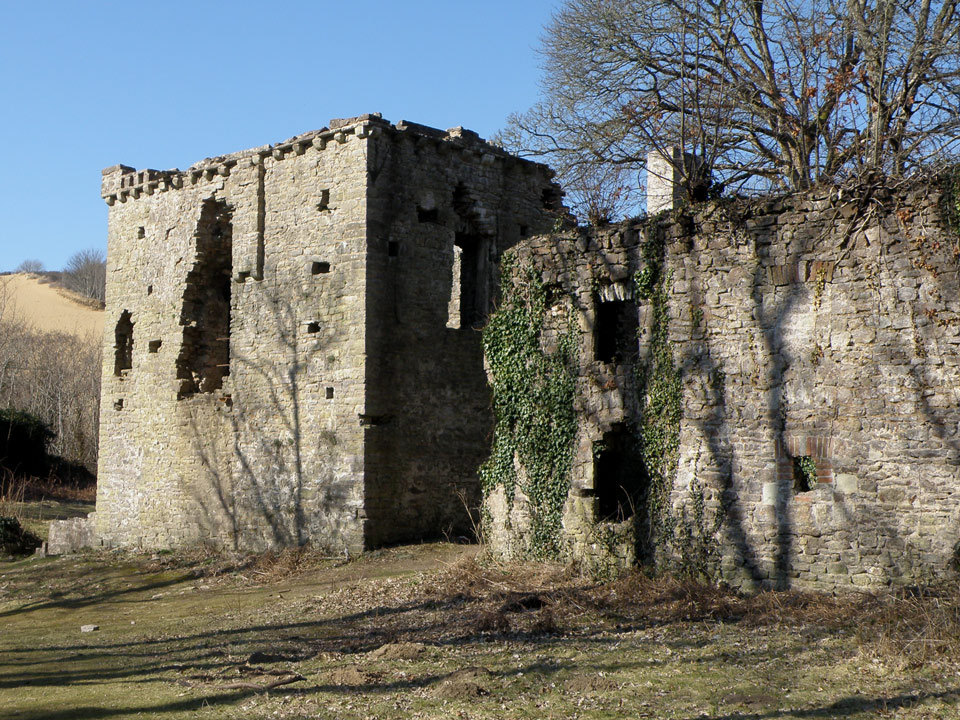 A fortified manor house which may have been built on site of earlier wooden castle. A house within a stone curtain wall was built at the beginning of the 14th century and a tower was then added as a gatehouse and for extra accommodation. The manor house continued to be used aand enlarged until the end of the 19th century, and it is now in ruins and overgrown.