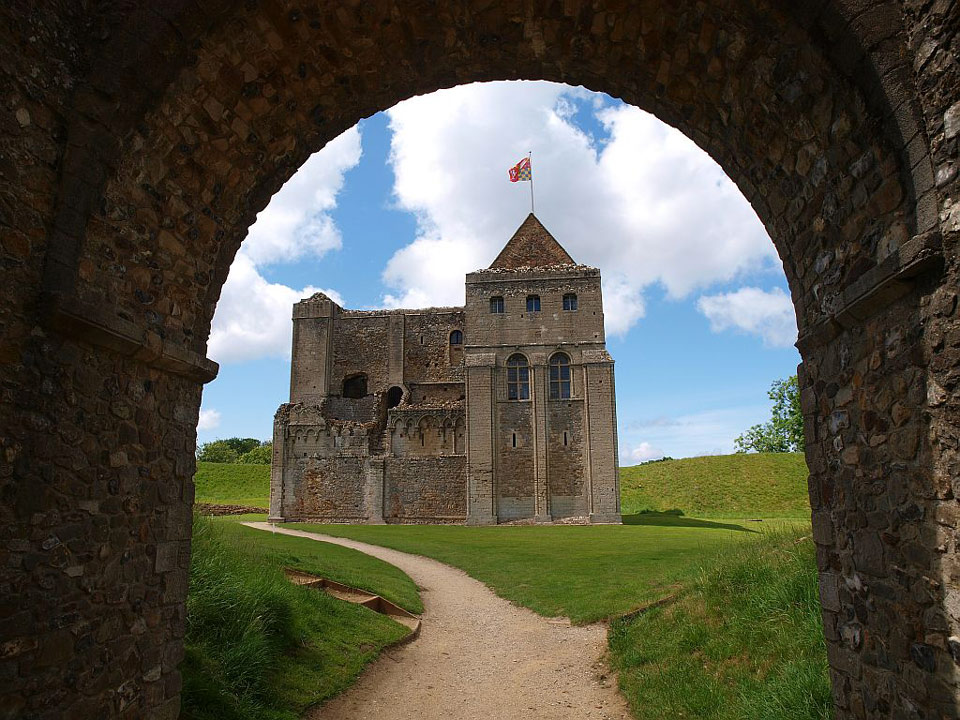 The 1138 Norman keep remains at its original height of over fifty feet. The gate house remains as does the foundations of the first building, a Norman 11th century church. It is surrounded by a large area of well preserved earthworks. It was in use until the middle of the 16th century and some of the stone was removed in the 1700's. It was originally four miles closer to the shore than it is now.