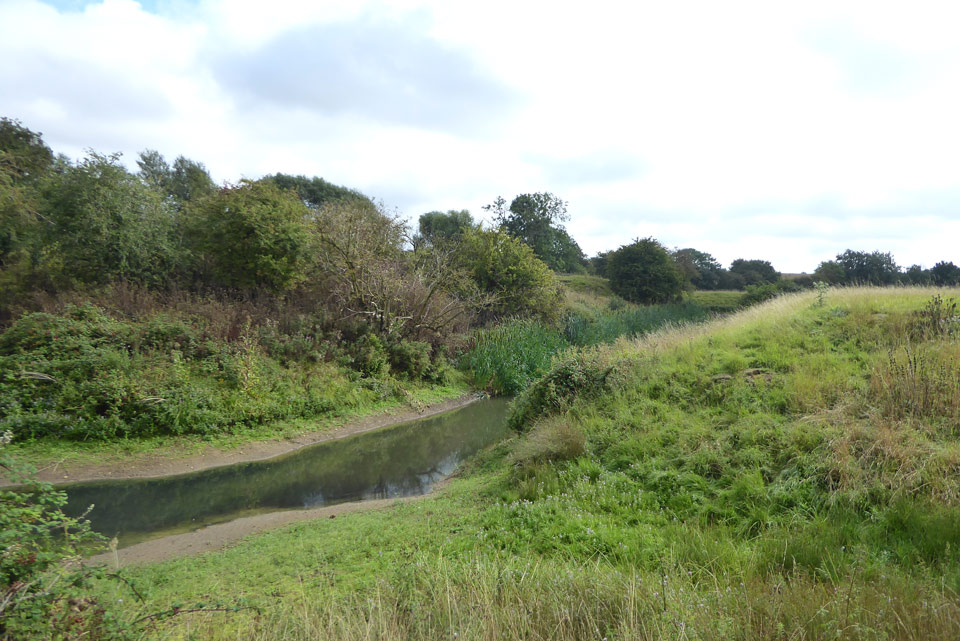 Caxton Moats or "The Moats" includes a group of three moated enclosures. The largest of the the three measures approximately 240 by 150 feet and is surrounded by a broad flat bottomed water filled ditch measuring up to 60 feet in width and 8 feet deep. The early history of the site is unknown but it may have been constructed around 1143 during the Civil War known as "The Anarchy". The earliest documentary evidence dates from 1312, when it was occupied by a dower house of Lady Eleanor de Freville.