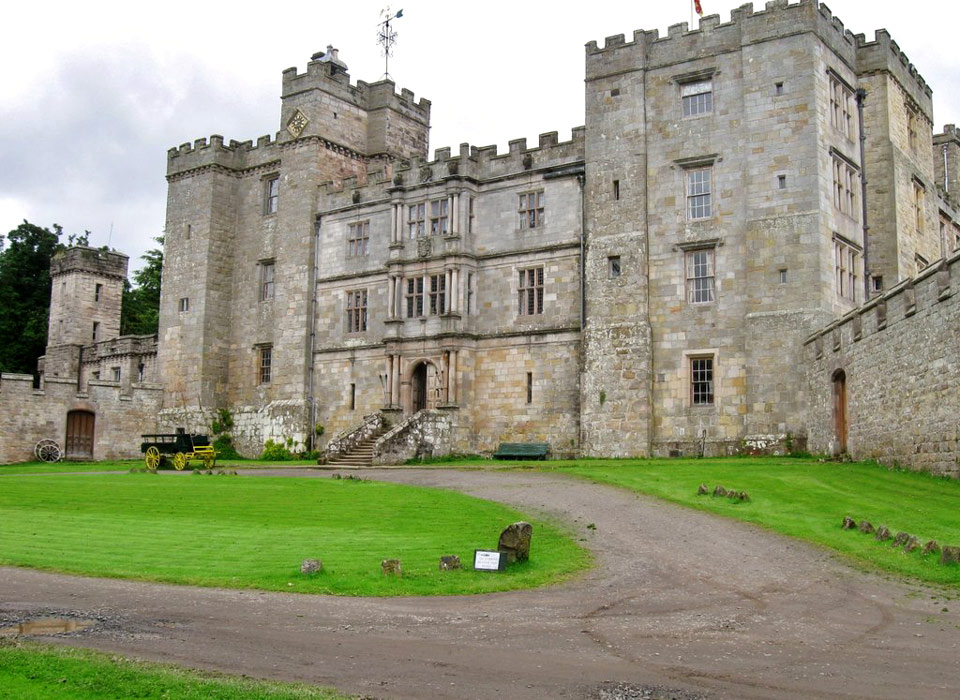 Chillingham Castle, © Derek Voller and licensed for reuse under cc-by-sa/2.0

A 14th century tower which was built to protect agains the Scots. It was extended in the mid 1400's into a fortified house comprising four massive towers joined by strong walls and a courtyard in the centre. In the 17th century it was converted into a residence which was lived in until 1932 when it was abandoned. After falling into decay it is now being restored.

It is open to the public from Easter and through October and also offers wedding facilities and holiday accomodation.