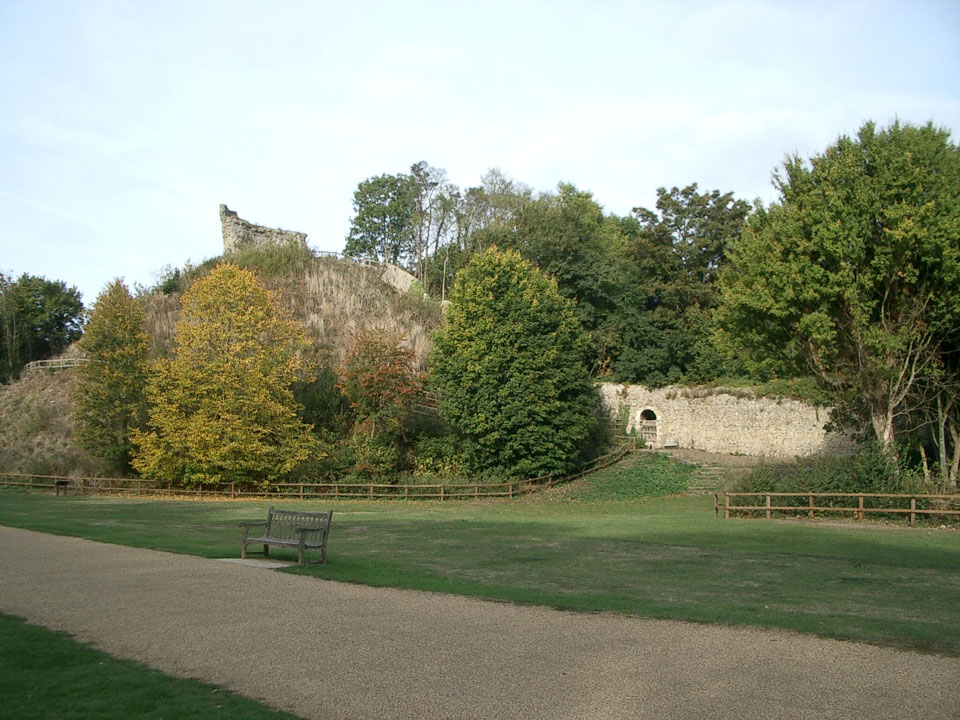 The first wooden castle was erected around 1070 on a high motte overlooking two baileys. During the 12th century a stone keep was built on the motte, a small part of which remains. Over the next hundred years it was strengthened with stone walls on top of the earth banks, three towers and a gateway. Only a small part of the wall running down from the keep is visible. The castle was abandoned at the end of the 15th century. In 1863 a railway line and station were built in the inner bailey but the line has since been abandoned and removed.

In a public park to the south of the town centre. 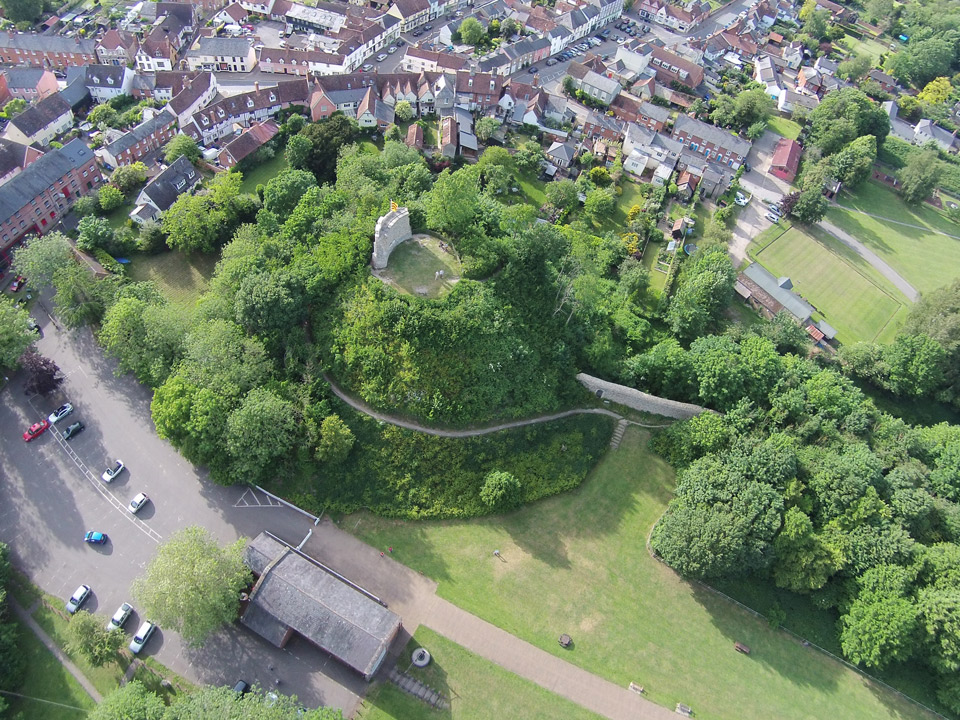 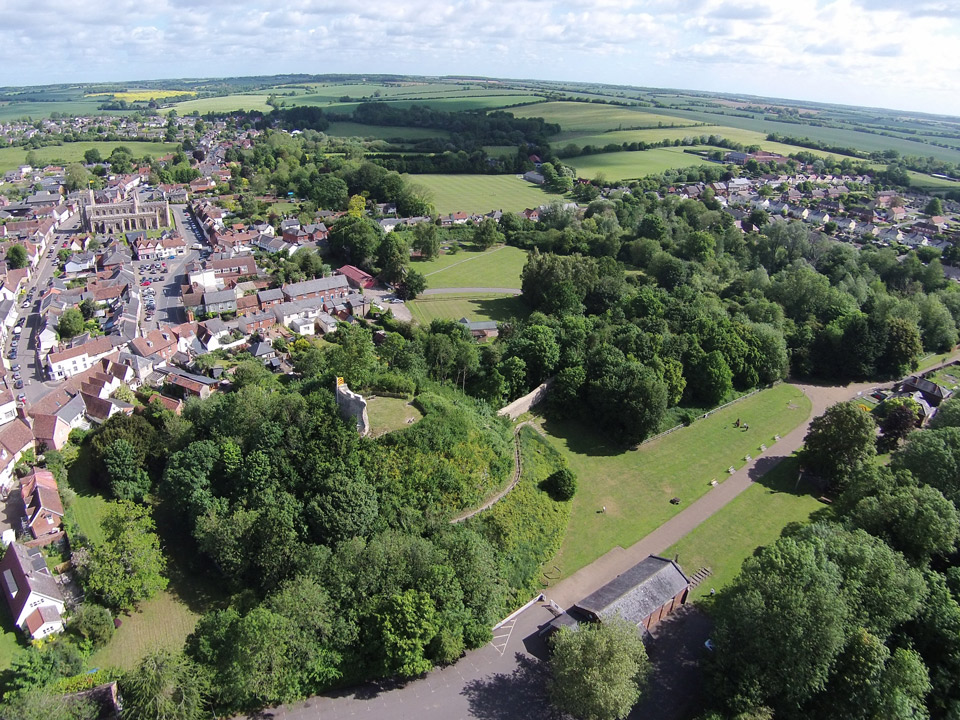