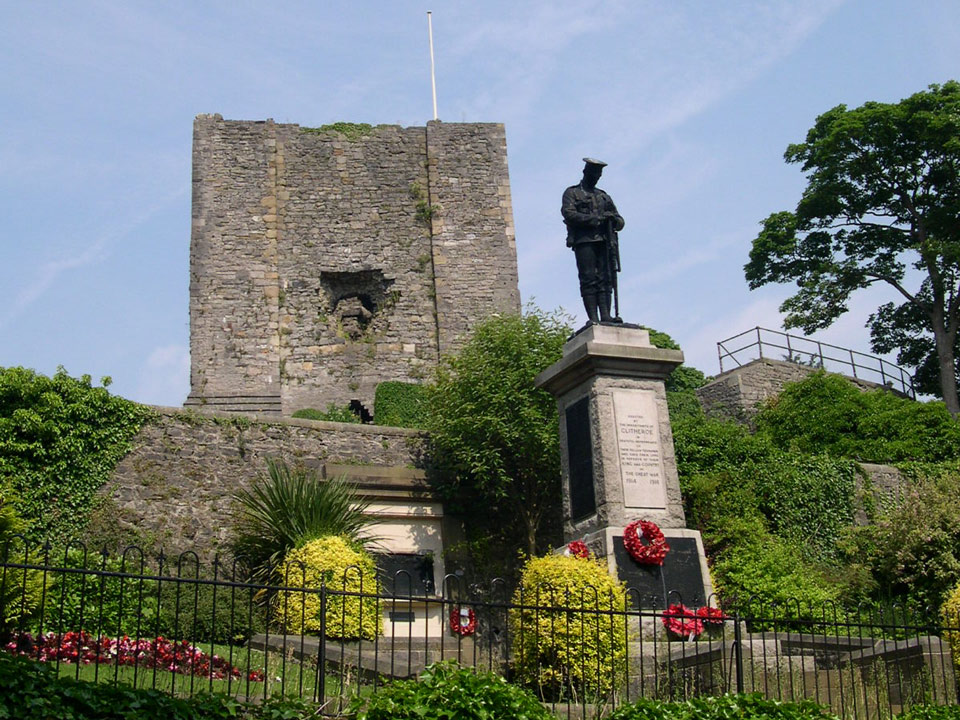 The square keep was added in 1180 to this 11th century castle by the owner of Pontefract Castle. It stands on an outcrop of rock which acts as the motte. Parts of the walls stii remain after the castle was slighted in the Civil War, after being held for the King, but by that time it was already in poor condition. One of the buildings added in the 19th Century is now the Clitheroe Castle Museum.

Open every day except in winter.