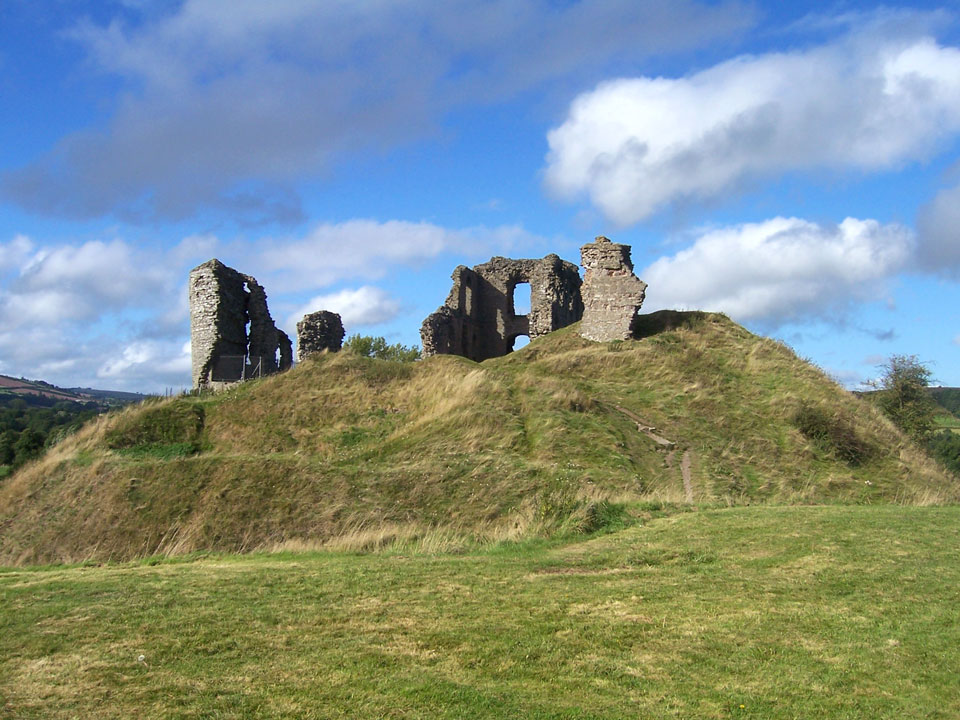 An early motte castle started in 1090 at the junction of the Rivers Clun and Unk with two baileys joined by causeways. A stone wall and gateway were built on the motte in the 12th century after the original wooden structure was badly damaged by the Welsh in 1196 and 1214. The Great Tower, an 80 feet high stone keep, was added in the late 13th century and still stands although ruined. Throughout the 14th and 15th centuries it appears to have been used mainly as a hunting lodge for nearby Clun forest. The castle ceased to be used in the 16th century and was not defended in the Civil War as much of the stone had been removed. 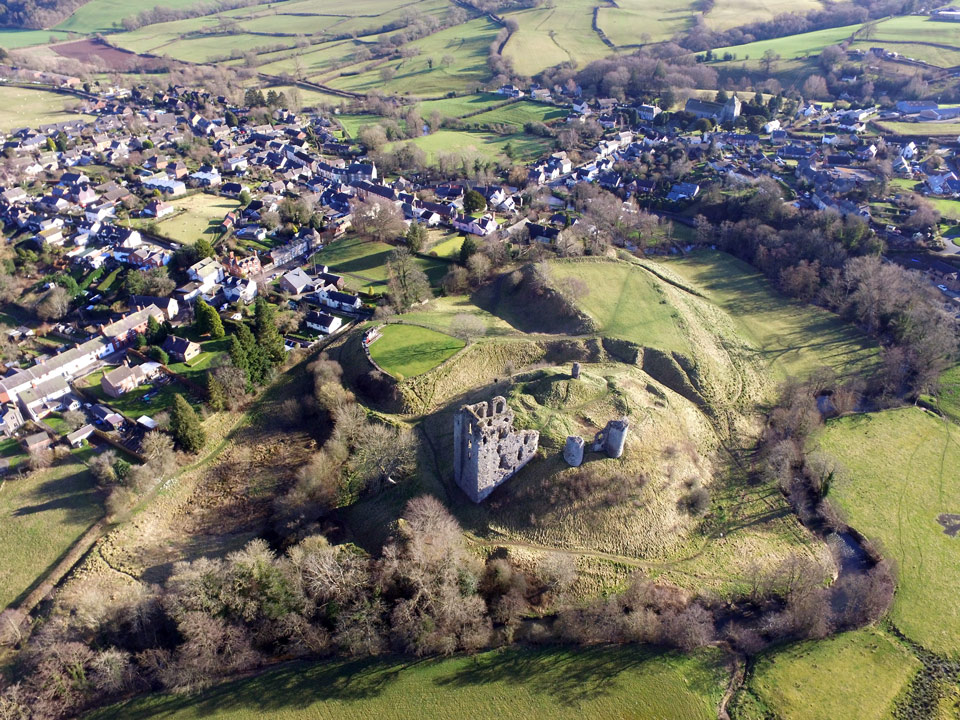