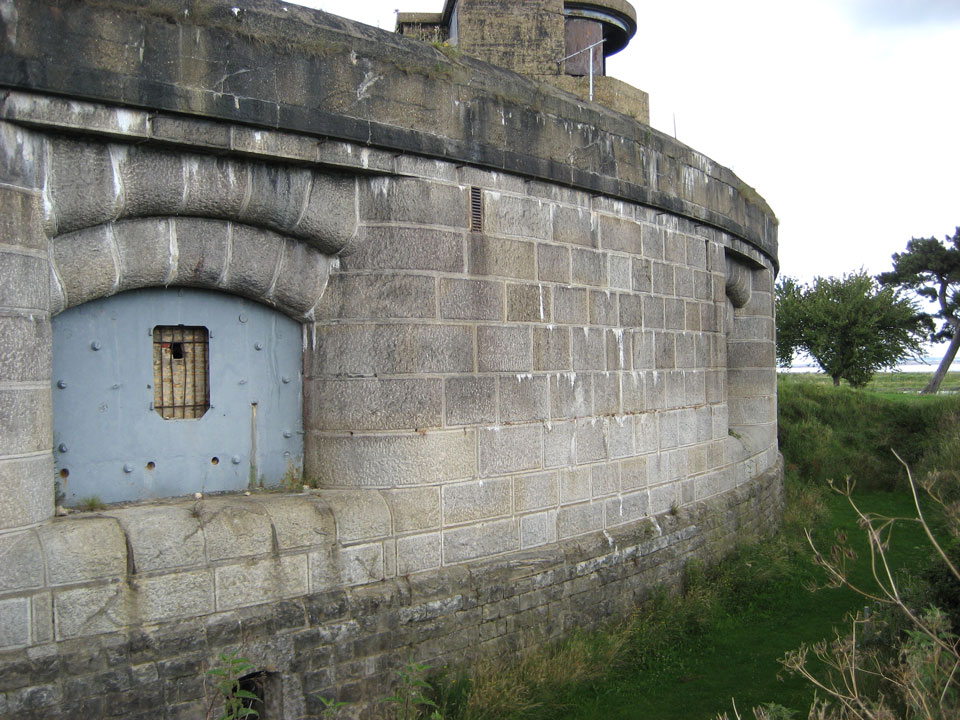 Coalhouse Fort was built between 1861 and 1874 on the site of a 1780's battery on the opposite side of the Thames to Shornmead Fort in Kent to protect the Thames and London. The fort was designed for 28 guns in granite protected casemates together with another 28 guns mounted in the roof. The whole site was surrounded by a sixty foot wide ditch.In the 1870's it was equipped with sixteen 9" and 11" RML guns plus four 12.5 inch RMLs By the turn of the century the smaller RMLs had been replaced by four 6 inch BLs and four Quick Firing guns positioned on the roof. It was in use until 1962 when it was bought by Thurrock Council.

Since 1983 the fort has been run by the Coalhouse Fort Project which is restoring the fort. Open only for a few days a year - see their website for details. 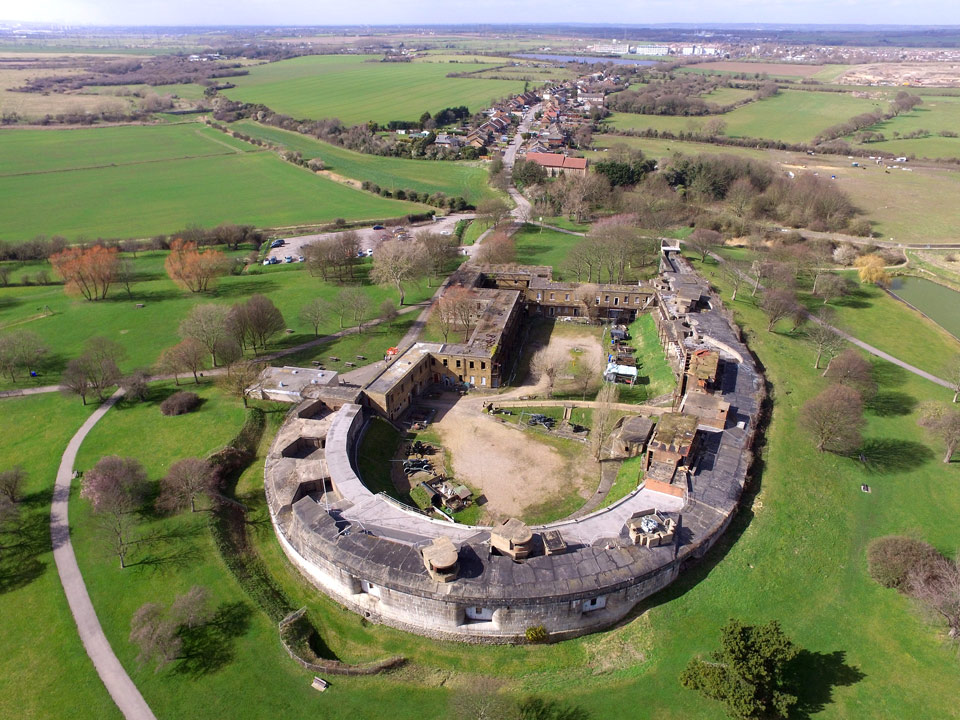 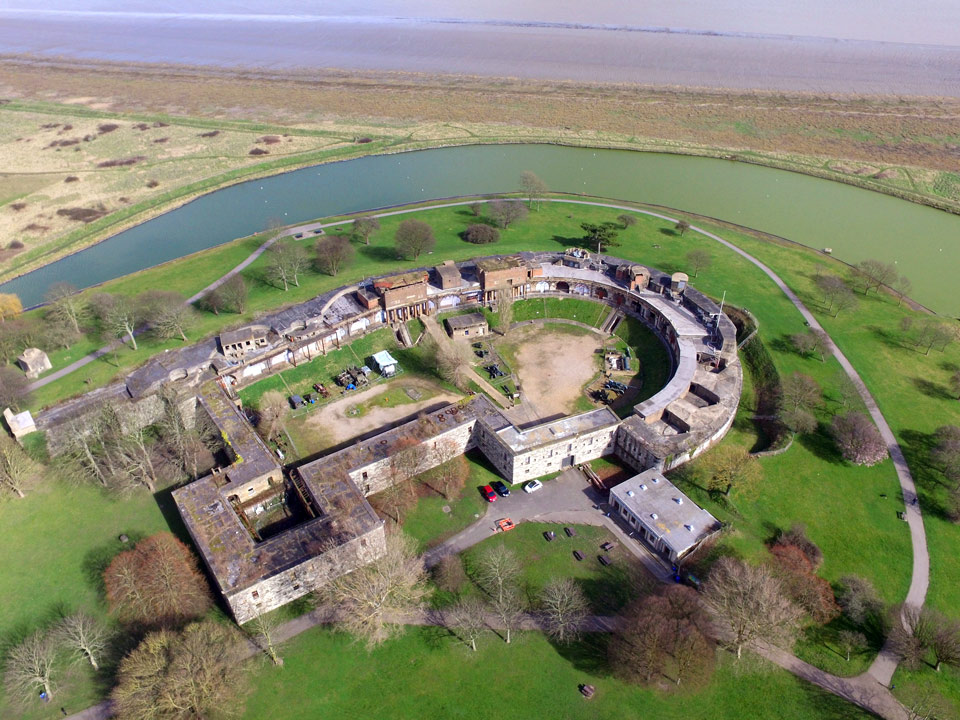