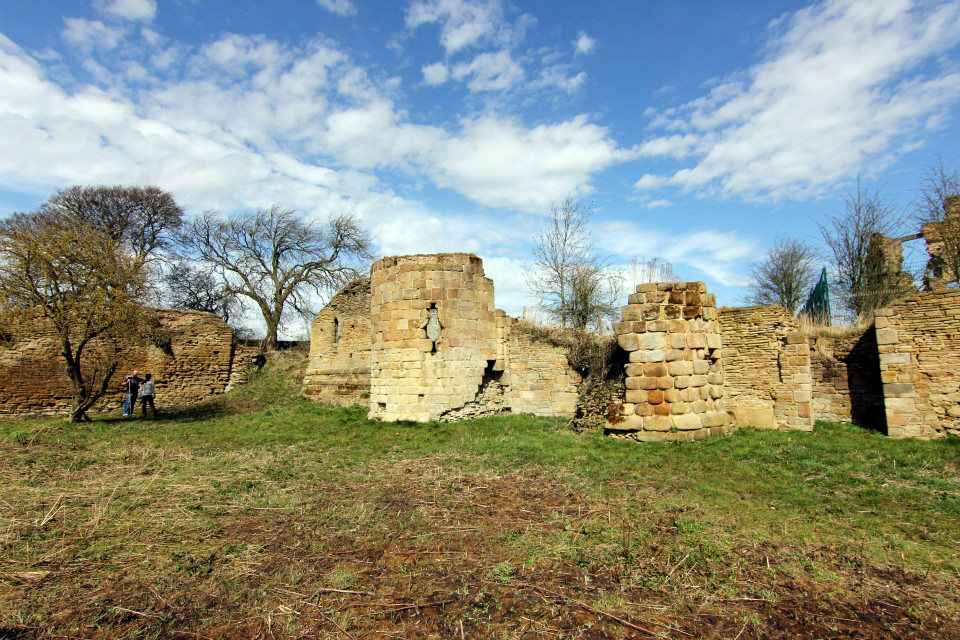 It was built in the early 13th Century overlooking the Erewash Valley, a mile to the east of the the village of Codnor. It had a stone three storey keep and a strong curtain wall and ditch, flanked by round towers. The castle has been in ruins since the late 1600's and so there are now just some low stretches of walls and parts of two towers. The site underwent a restoration in 2007 and the remains are now being conserved.