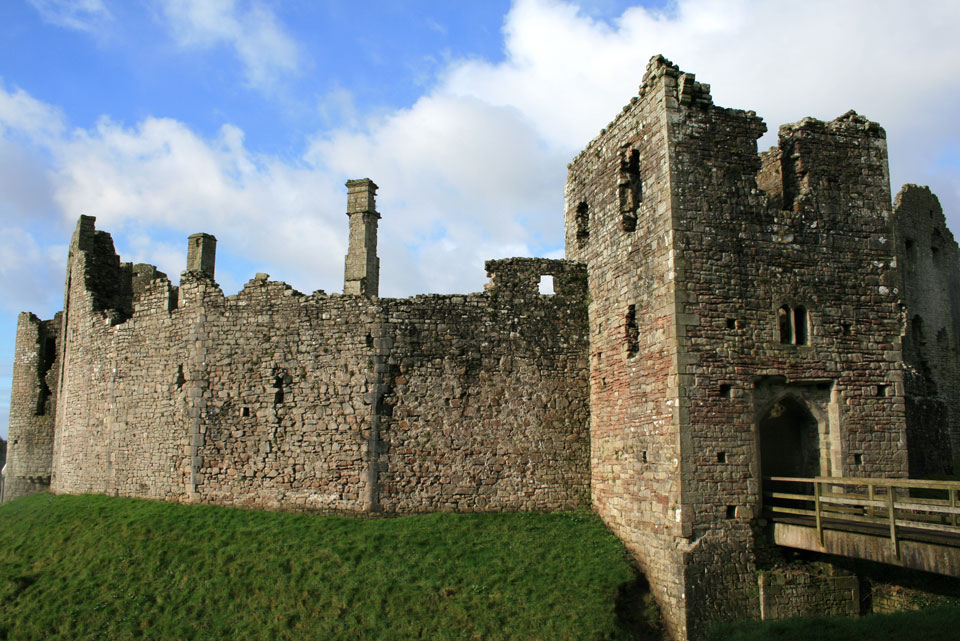 The Norman castle with its square keep and curtain wall dates from the late 12th century, although it is built on the site of an earlier Norman wooden fortification. Much of the castle was remodelled in the 14th century and new buildings were added. Further additions were made in the 15th century but it was abandoned by the beginning of the 17th century. 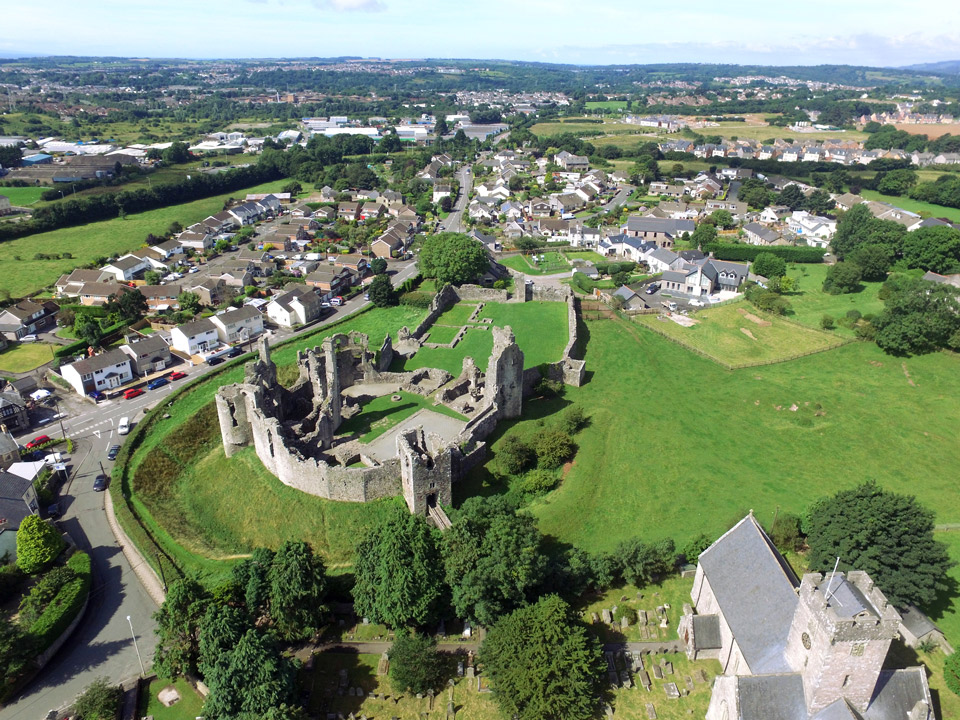 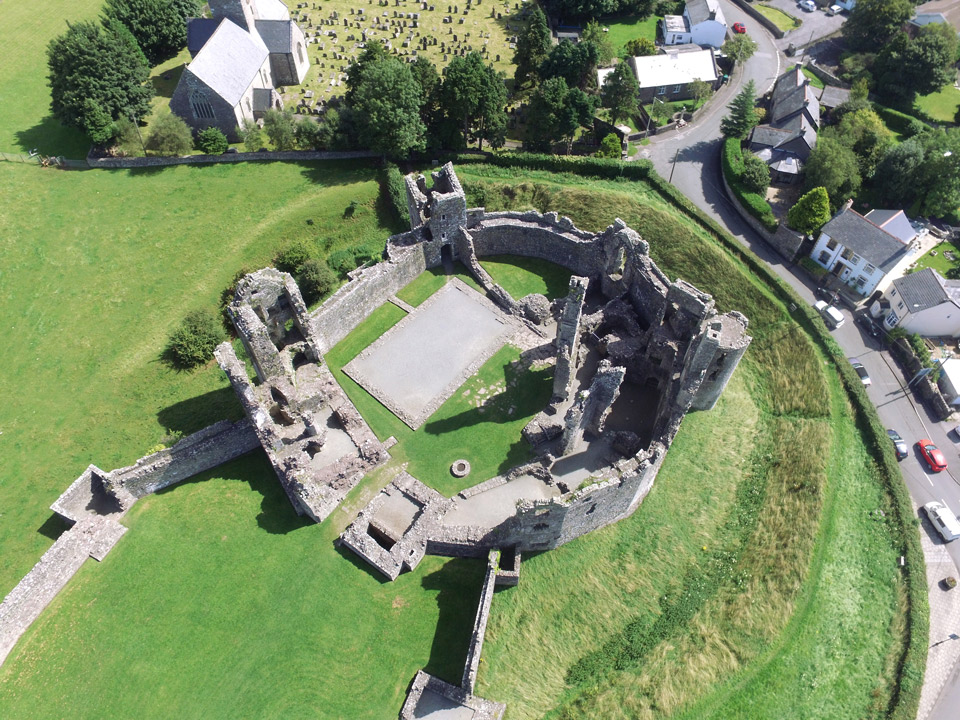