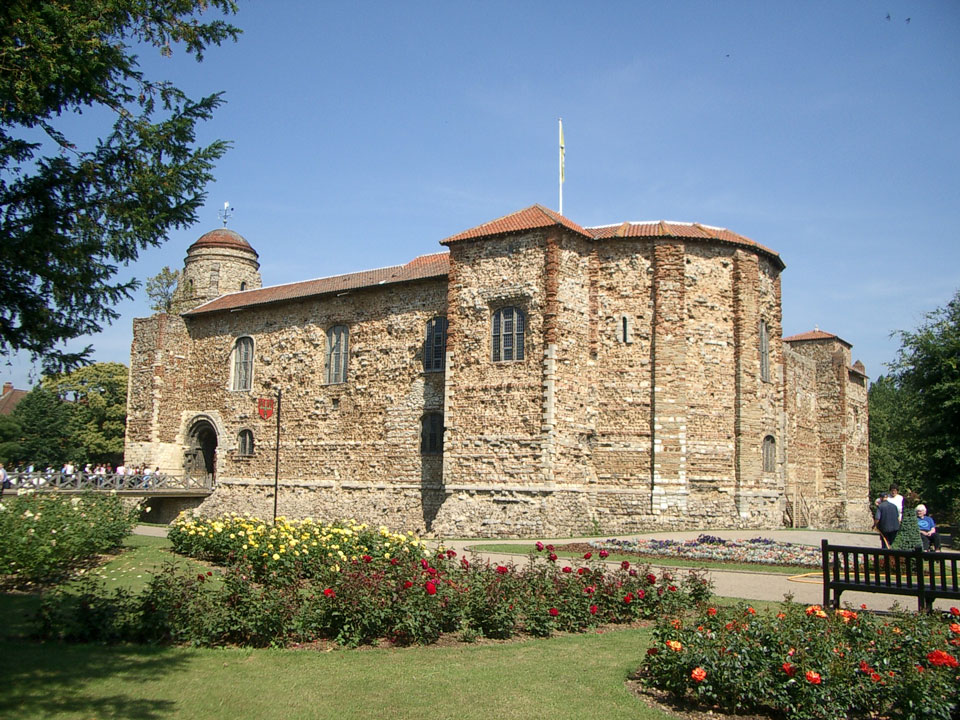 The legionary fortress Camulodunum at Colchester was established in AD43 and was the first permanent legionary fortress to be built in Britain. After the legion was withdrawn in AD49, the defences were dismantled and the fortress converted into a town. The Roman town walls were erected in AD60 after Colchester had been burnt to the ground by Boadicea. They were one and a half miles long in total and surrounded the town. Approximately two thirds of the wall is still standing including Balkerne Gate, the original west gate.

Colcester Castle was built in 1076 on the foundations of a Roman temple, the Temple of Claudius. It has the largest keep in Europe with sides 150 by 110 feet and it was constructed by Bishop Gundulph, the designer of the Tower of London. It once stood over 100 feet high, but it was partly demolished in 1683 when the top storey of the keep was pulled down. There does not appear to have been any curtain wall around the keep, the Roman walls being used instead as with Pevensey and Portchester. The castle was used as a prison from 1226 until 1835 and a museum was started in 1860. It is open all year.