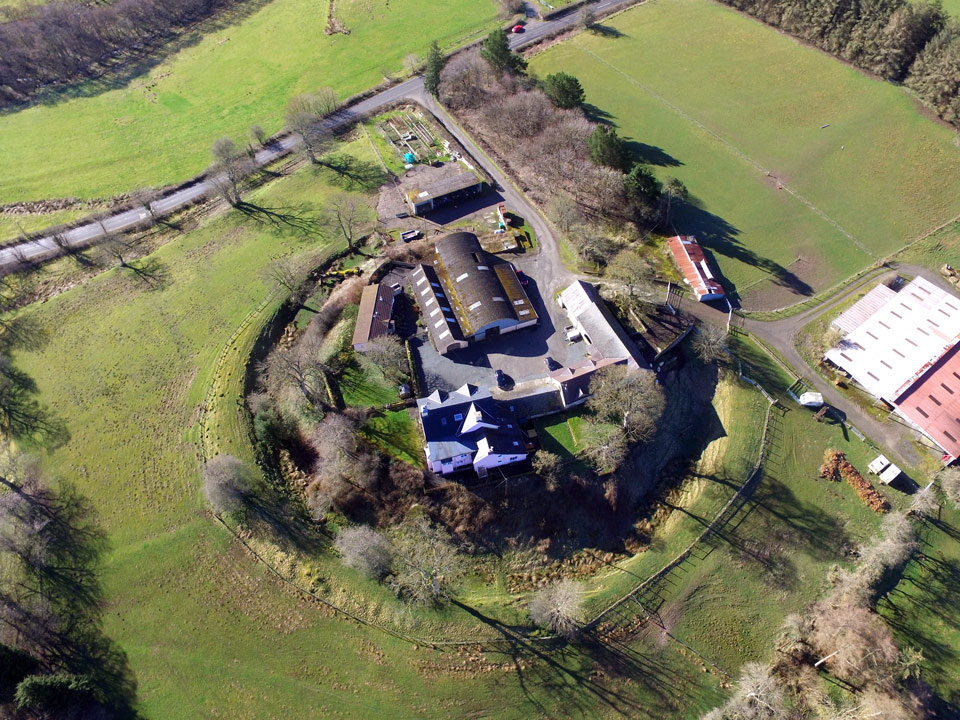 The motte and bailey castle with two baileys was built over the remains of a Roman fort. It is first mentioned in 1144 and is thought to have been rebuilt in stone in 1240. It was demolished in 1629. The top of the motte, which is 200 feet in diameter, is now occupied by a modern farm. This area is surrounded on all sides except the south-west by a ditch and counterscarp bank. 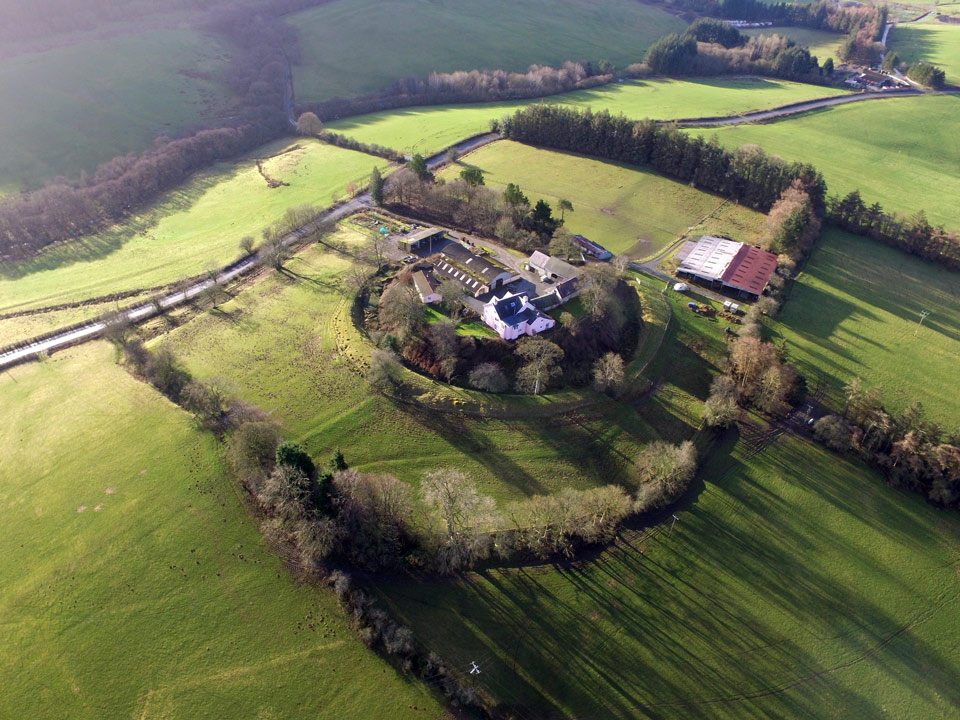