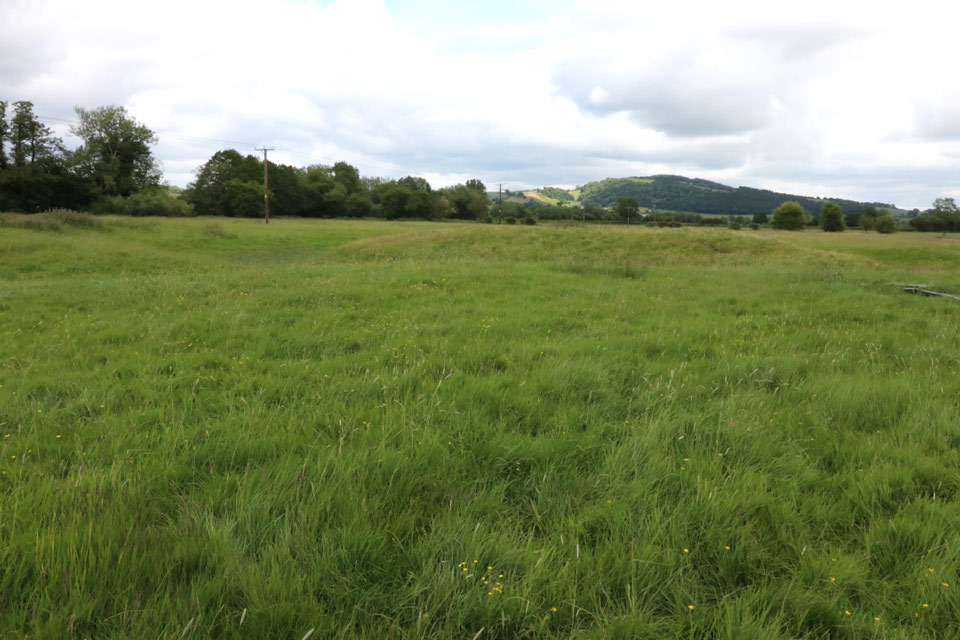 Earthwork remains of a motte castle situated 200 feet south of Hindwell Brook, near its confluence with the River Lugg. It sits in a pasture field, and consists of a motte mound of circular form, 130 feet in diameter at the base and rising 5 feet to a flat top of 50 feet diameter, surrounded by a a water-filled ditch with a a rectangular bailey to the west. The castle probably existed in the 12th century, and ay have suffered the same fate as Presteigne Castle, which was sacked by the Welsh at Christmas 1262 and never rebuilt.