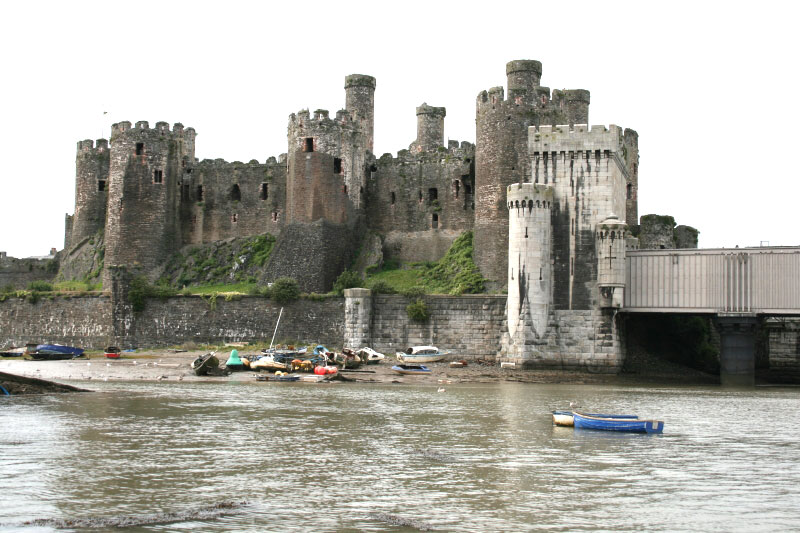 Work was started by King Edward 1 in 1283 to construct this powerful castle with eight massive towers on a rock overlooking the river and it was completed in 1287. After the Welsh King Henry V11 took the throne in 1485 the castle was no longer needed for defence and it gradually deteriorated in condition until it was sold off in 1627. It was repaired and refortified during the Civil War but eventually it was surrendered to Parliament in 1646. After the war the lead and timber were removed from the roofs and sold off, leading to its decay. It was restored in the 19th century once the Telford road bridge that had been built in 1826 and the railway bridge in 1848 started bring numbers of visitors to the town.

The town walls were built at the same time and are an integral part of the defences of Conwy. They are over three quarters of a mile in length and are protected by 21 towers and 3 gateways. They are well preserved and you can still walk along the battlements for most of the length. 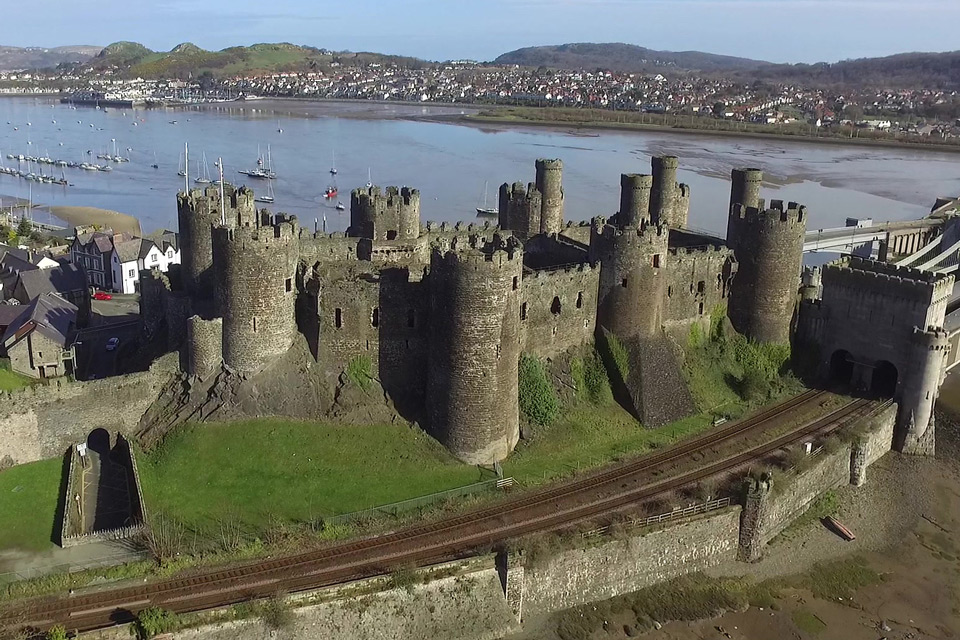 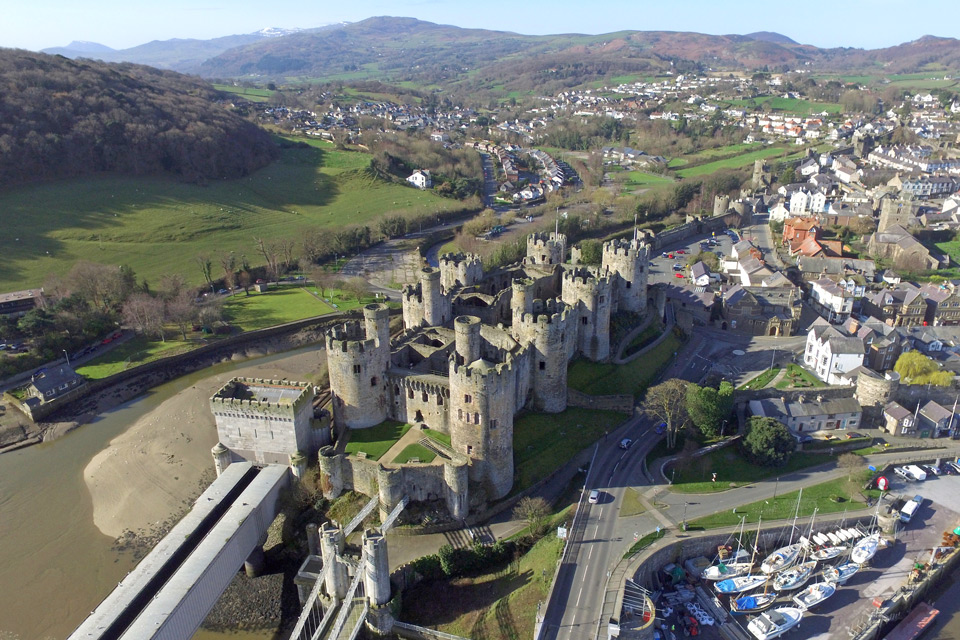