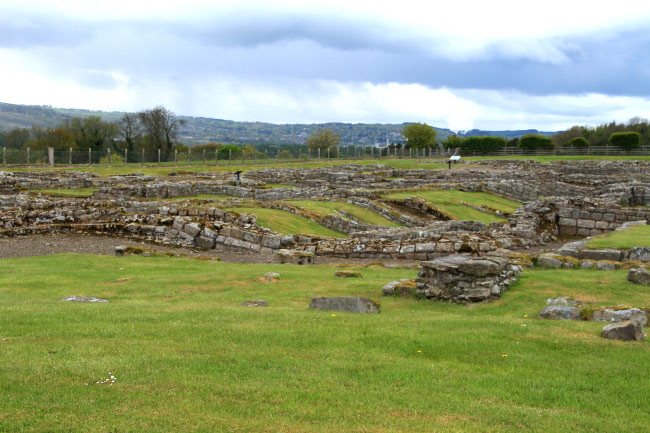 Corbridge or (Corstopitum) Fort was built in AD87 with turf ramparts and timber gates as part of the Stanegate frontier sysem. The site was at the junction of Dere Steet and the Stanegate and is 2.5 miles south of Hadrian's Wall. It consisted of barrack blocks surrounded a headquarters building, a commander’s residence, administrative staff accommodation, workshops and granaries. It was destroyed by fire in AD 105. A second timber fort was then built but it was only in AD139-40 that the stone fort that you can see today was constructed.

Managed by English Heritage. The exposed site covers only a small part of the Roman town that built to the west and south of the fort but the fort headquarters and the commanding officer’s house are visible.