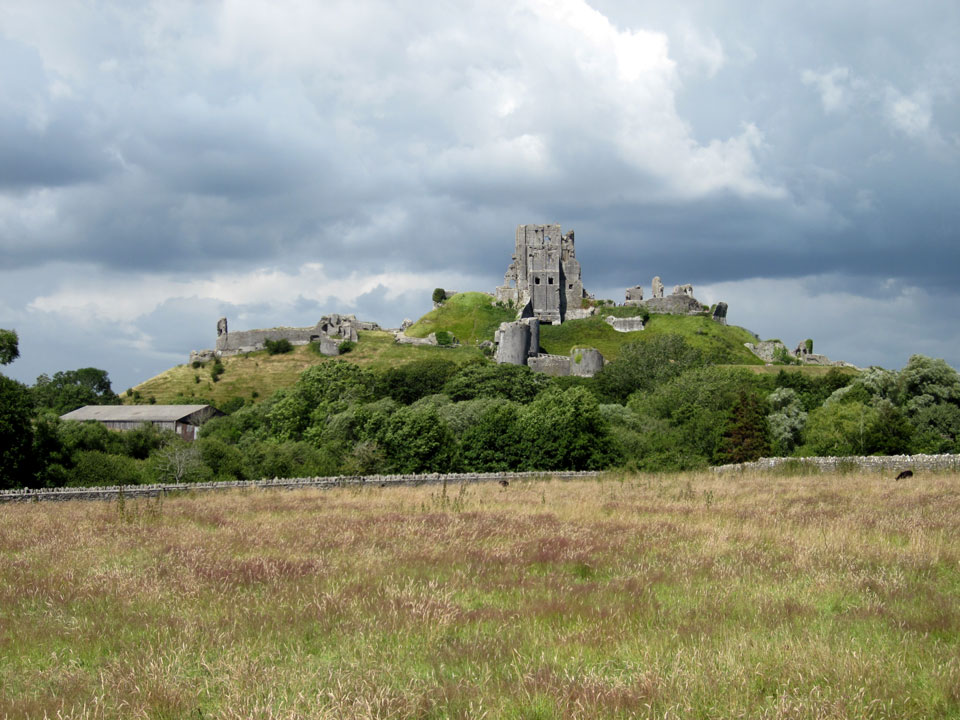 A late 11th century Norman castle with a circular keep built on a hill on an earlier Saxon site. It was extended in 1210 when the west and outer bailey wallls and towers and the palace, the Gloriette, were added. In the middle of the 13th century the middle and outer gatehouses were built. The castle was sold into private hands in the 16th century, but it was used during the Civil War against Parliamentary troops. After a long siege in 1646 the keep and parts of the outer walls were severely slighted after surrendering. 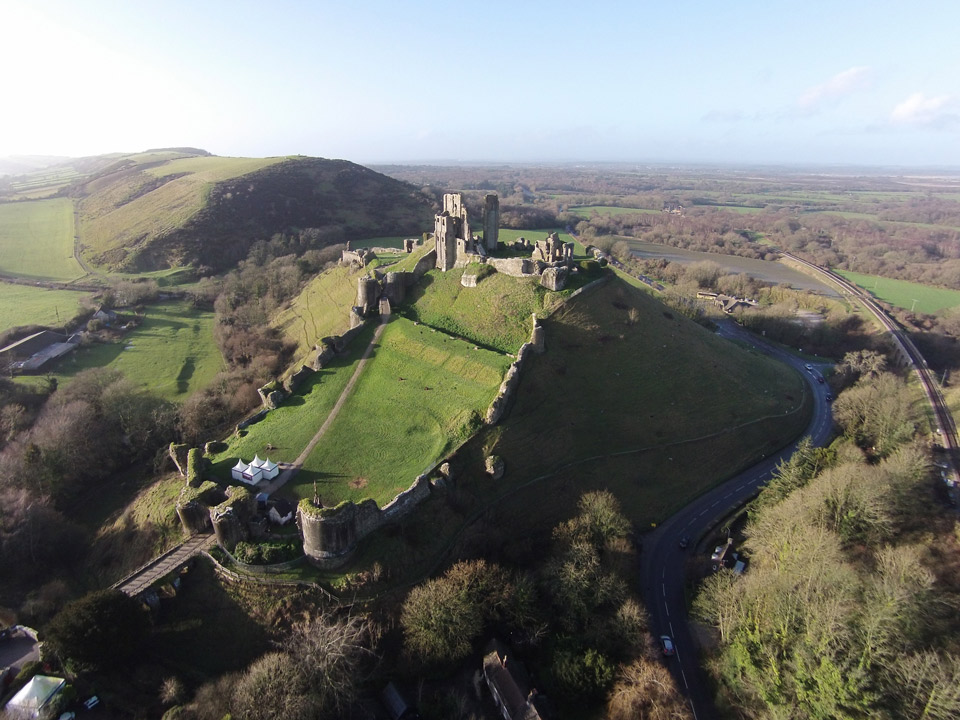 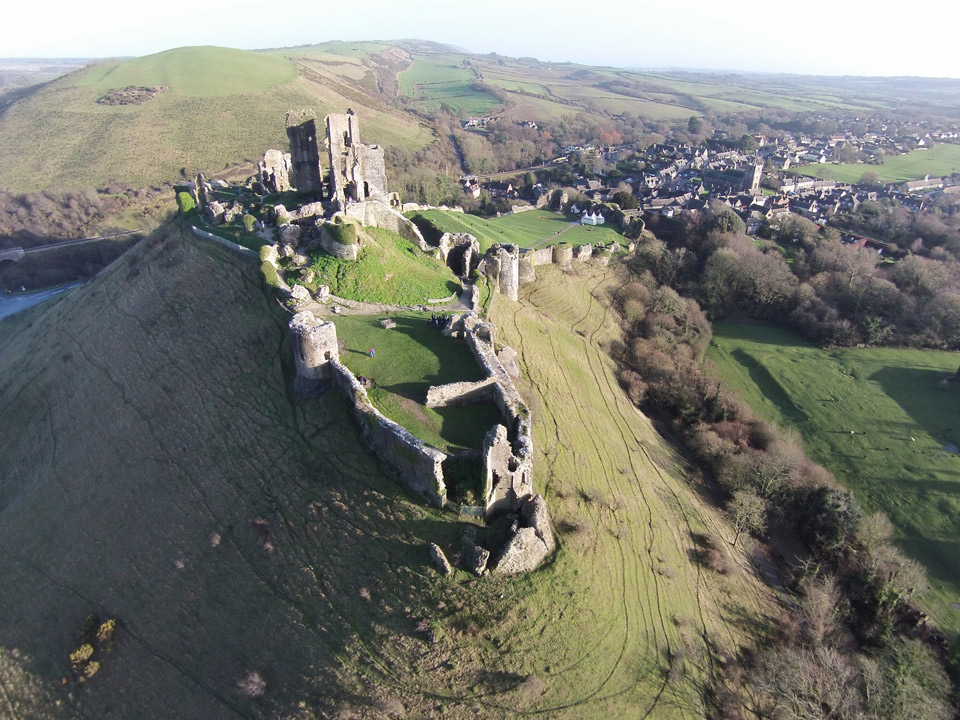 The Rings earthwork to the south west of the castle are thought to be the remains of a siege castle used by King Stephen in 1139 when he unsuccessfully besieged Corfe. It is believed that the gun battery used during the 1646 siege was sited here. 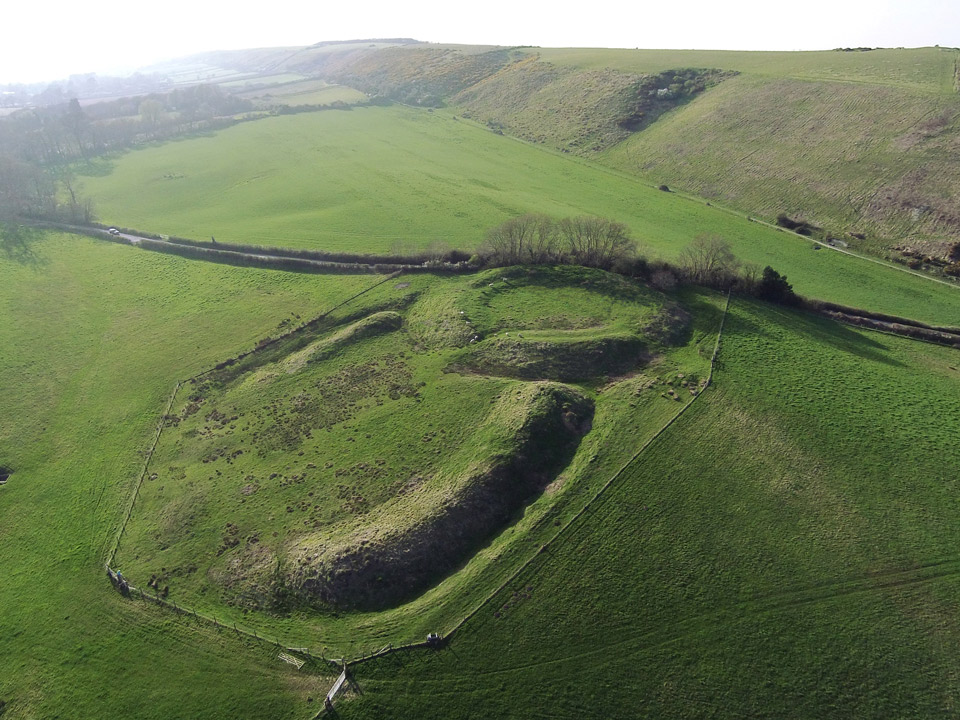