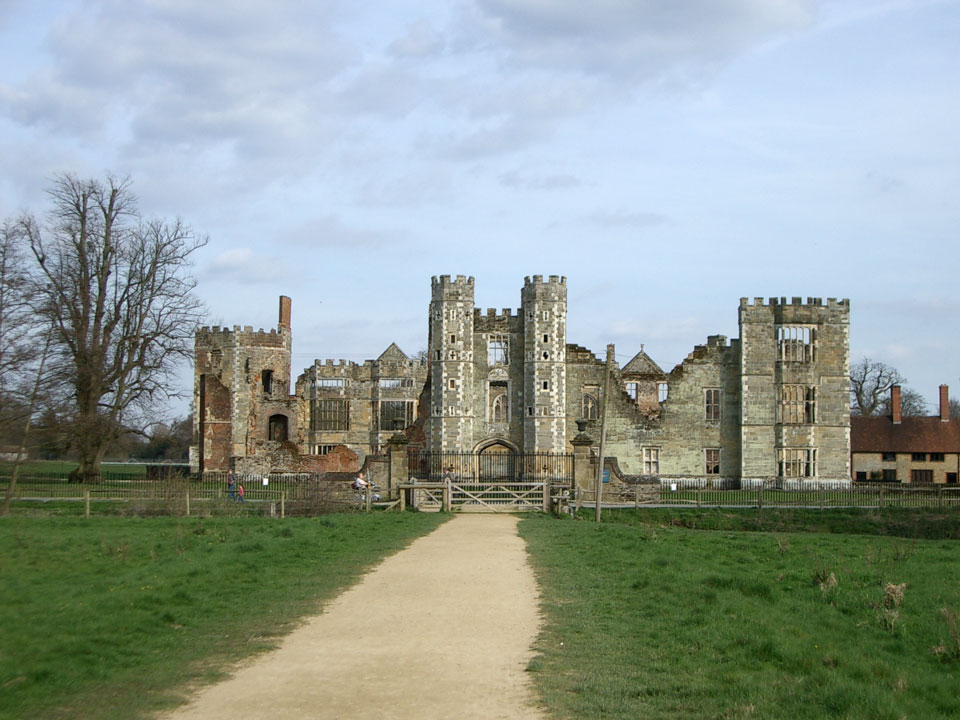 A fortified manor built in 1520's to replace a 13th century house and fortified in 1533. It is now mostly ruined after being badly damaged by fire at the end of the 18th century, but the main entrance is still standing. The 17th century Conduit House is one of the bits of Cowdray which survived the 1793 fire. It was originally two storey and supplied water to the main house. The kitchens also survived the fire.