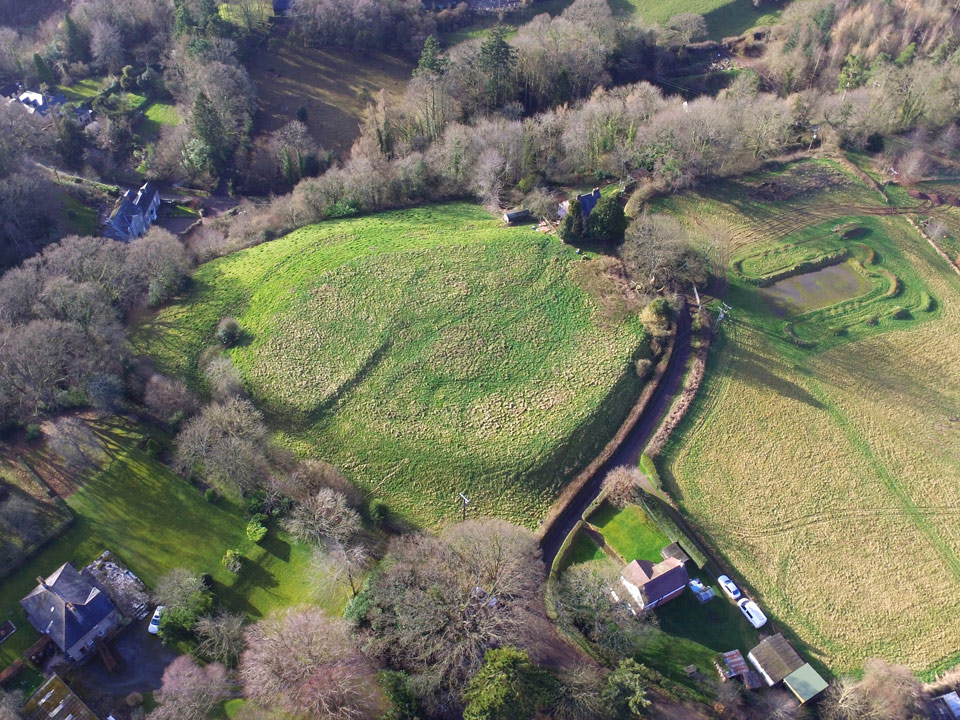 The ringwork consists of a raised earthwork enclosure forming a platform 8 feet high and measuring 200 feet in diameter around its summit. There are the remains of a ditch on the north eastern and eastern sides which are less steeply defended. Although not visible above ground, 19th century records reference a gateway and masonry foundations, so Cusop Castle may have included buildings constructed from stone. The castle is believed to have been constructed during the 12th or 13th century.

It is located just on the English side of the England/Welsh border, close to St Mary's Church. 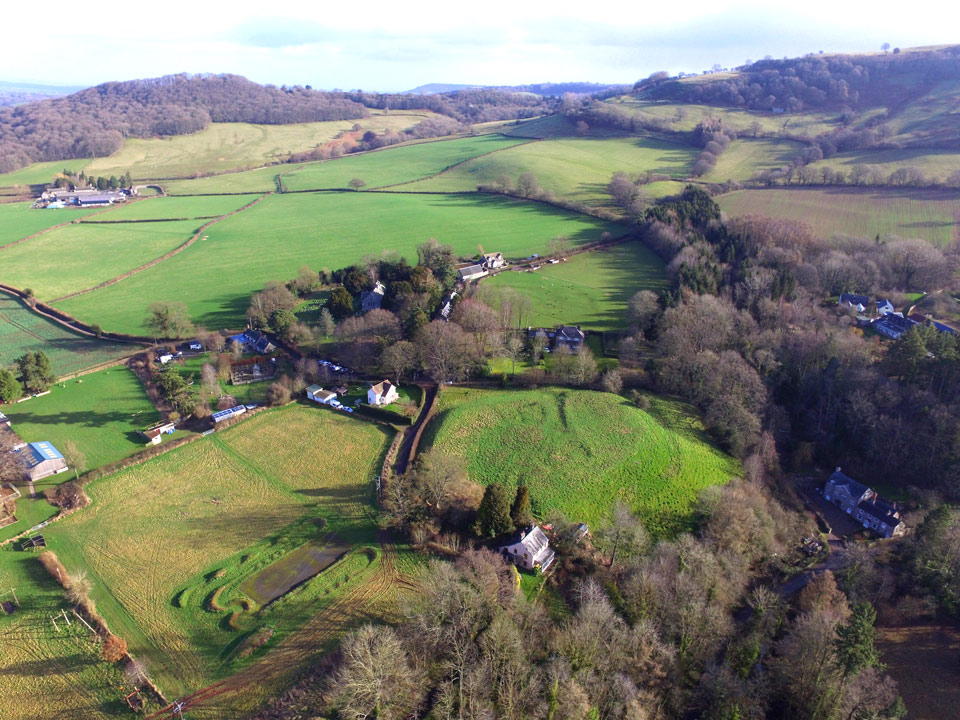