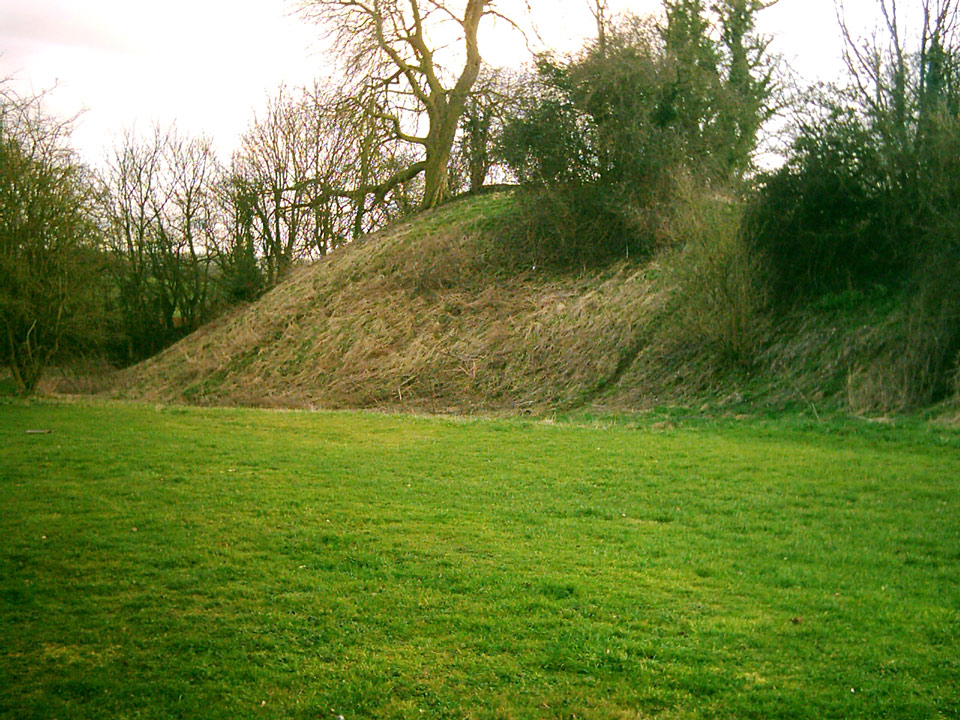 The earthworks of the 11th century castle are on the east of the town and comprise some 8 acres. At the start of the 12th century a new stone fortification was constructed with outer towers, but by the 1500's it was abandoned and being demolished although parts were used during the Civil War. Now in a public park, the remaining foundations are below ground.