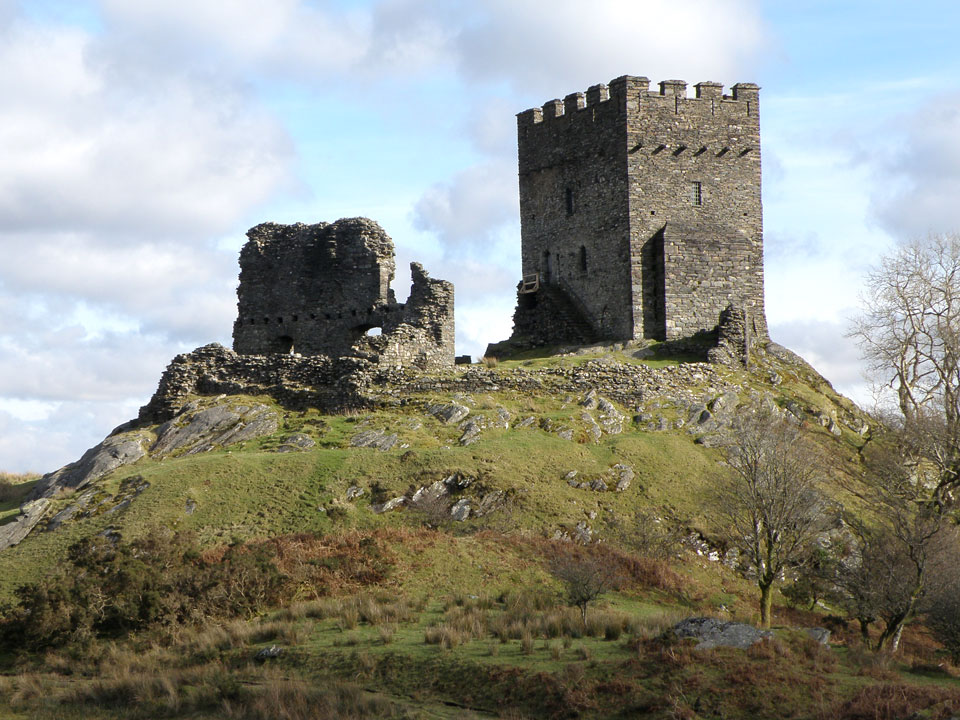 It was built in the early 13th century on a high ridge which was probably the site of an earlier Welsh castle. It consisted of a keep and tower at opposite ends of the ridge and joined by stone walls. By 1500 it had fallen into decay but the ruins were repaired in the last century.

Nearby is Tomen Castell, a rocky outcrop topped by a ruined keep, which was the forerunner of the later Dolwyddelan Castle (bottom right photo). 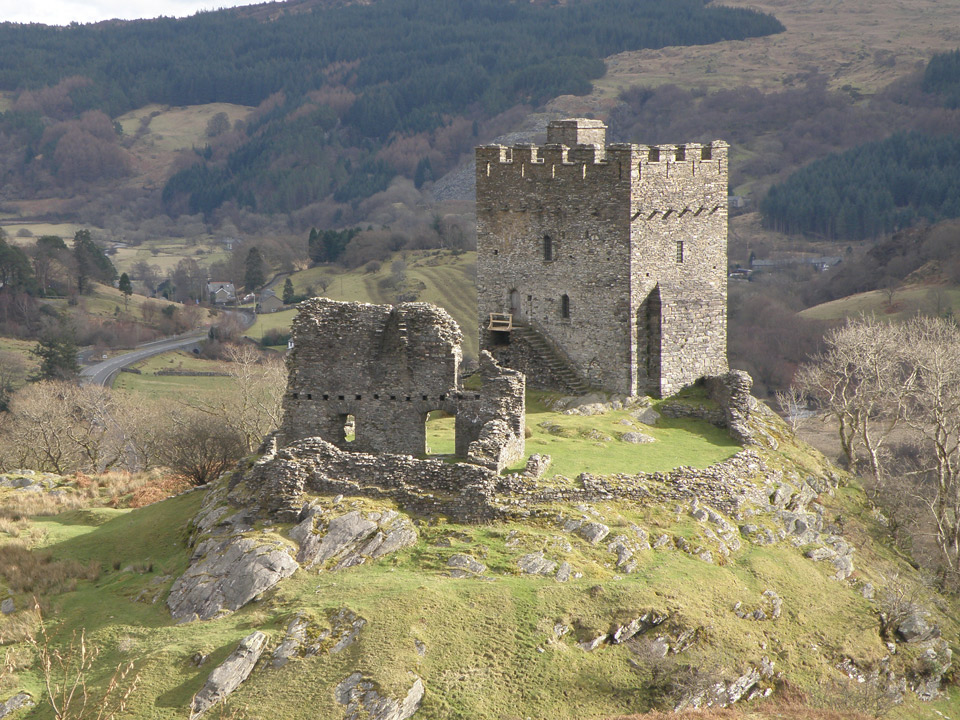