A wide low motte, 200 feet across at the base and 100 feet across the top, with traces of stone foundations of a tower and gatehouse. There are two baileys adjoining the motte and the other extending to the south west. It probably originated in the 12th century and was then fortified in 1403 although it was probably destroyed by the Welsh a few years later. A public footpath is nearby. 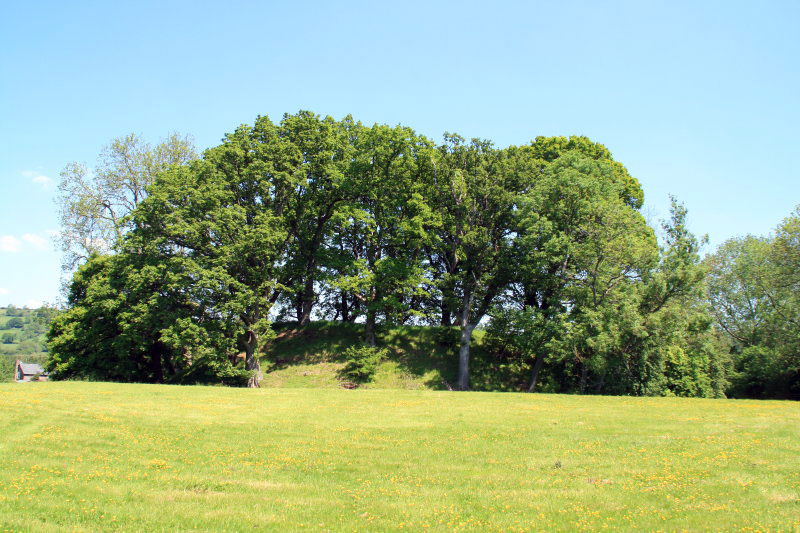 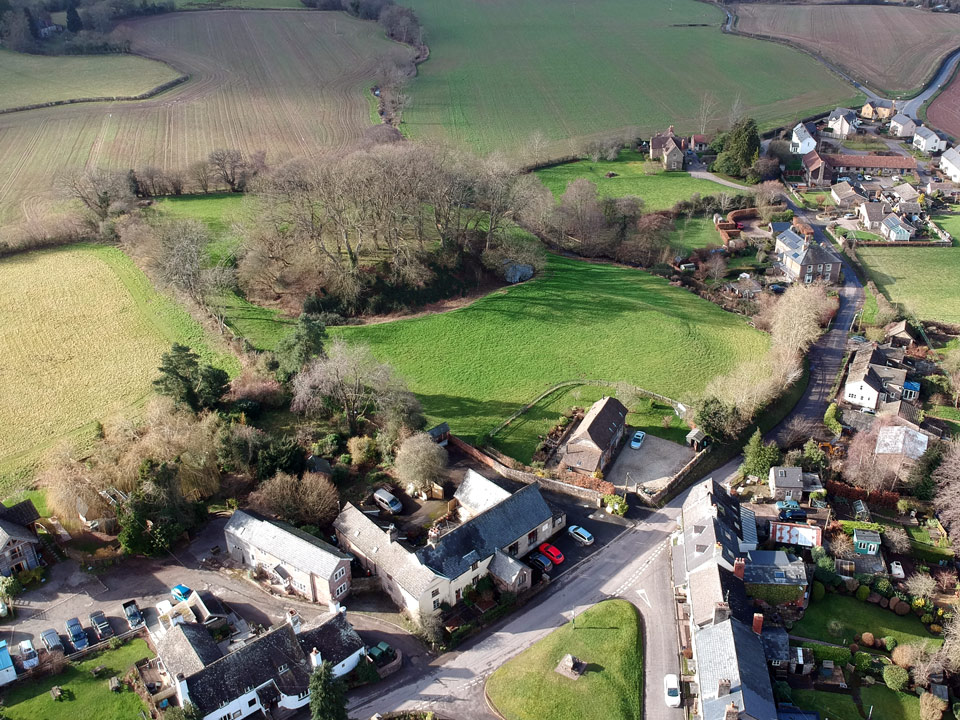