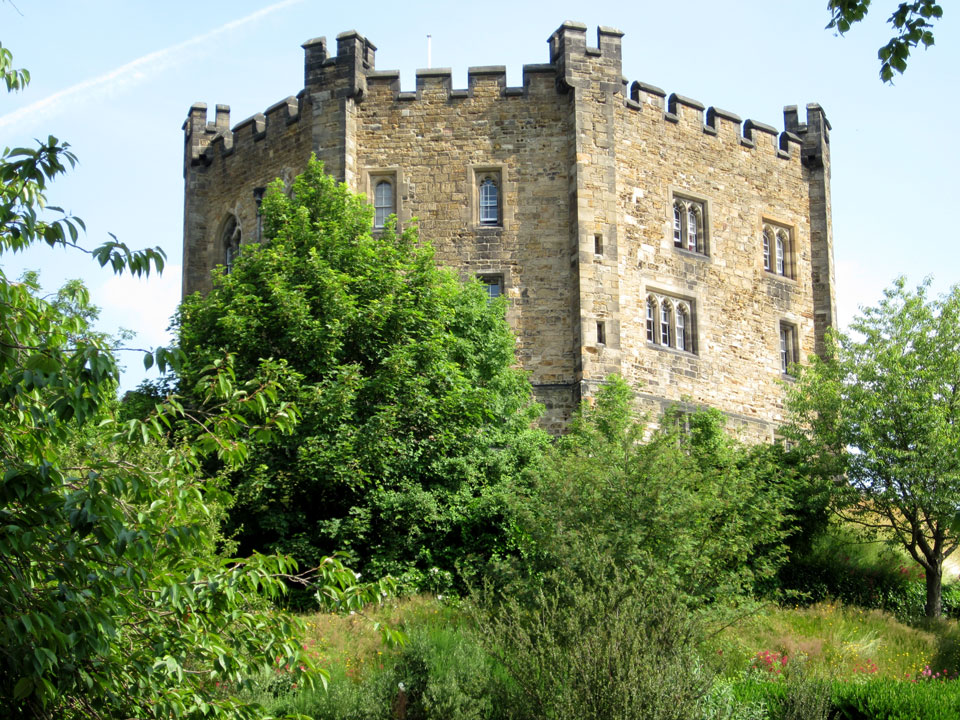 The castle was built by the Bishops of Durham in 1072 with a circular keep on top of the hill overlooking the town and has been in continuous use for almost 950 years. Around the same time the building of the cathedral closeby was also started. By the middle of the 12th century the gatehouse and the keep had been rebuilt in stone and it was then enlarged over the years until the Civil War in the 17th century when it was occupied by the Scottish army who severely damaged it. After the Civil War it was rebuilt and continued to be used by the Bishops until 1840 when they moved out to the palace at Bishop's Auckland. The castle was then given to Durham University and the keep was compleely rebuilt as a residence for the students, using a very similar design to the original.

By the end of the 12th century the castle and cathedral had the additional protection of a city wall and gates. Following Scottish raids, the wall was extended in the 14th century to defend the town itself. The Water Gate is a 1770 replacement for the original gate, but the other gates have now been demolished.