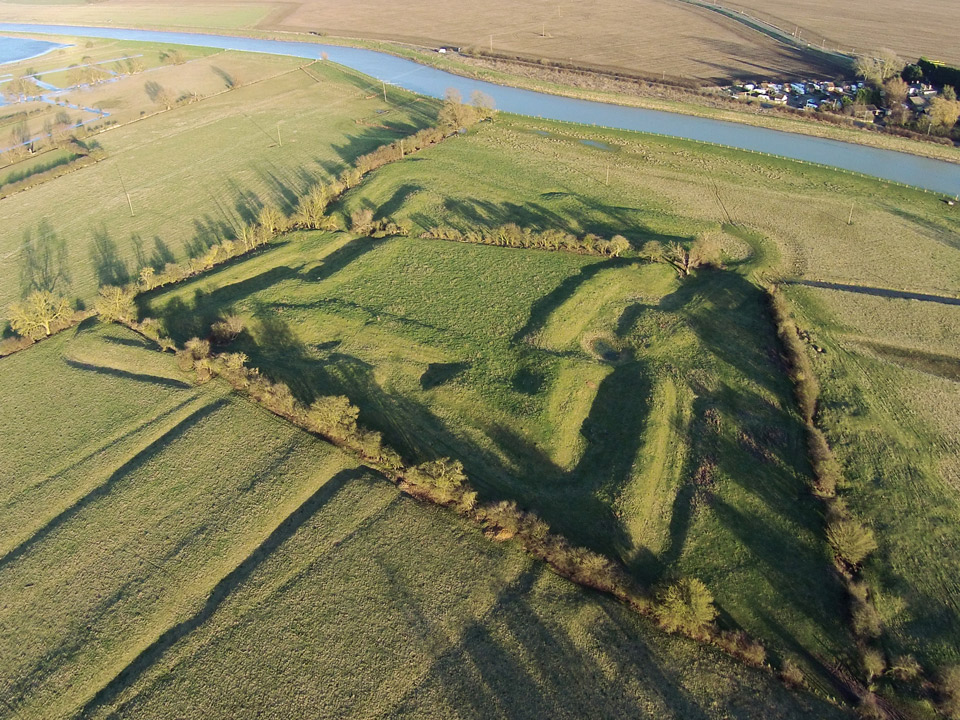 The Earith Bulwark was built in 1643 by Parliamentary forces to protect the bridge where the Huntingdon to Ely road crosses the river. The Bulwark is amongst the most elaborate fortifications in England to have survived from the Civil War and consists of a square earthwork fort with bastions at each of the four corners. A machine gun turret was built on the south bastion during the Second World War.