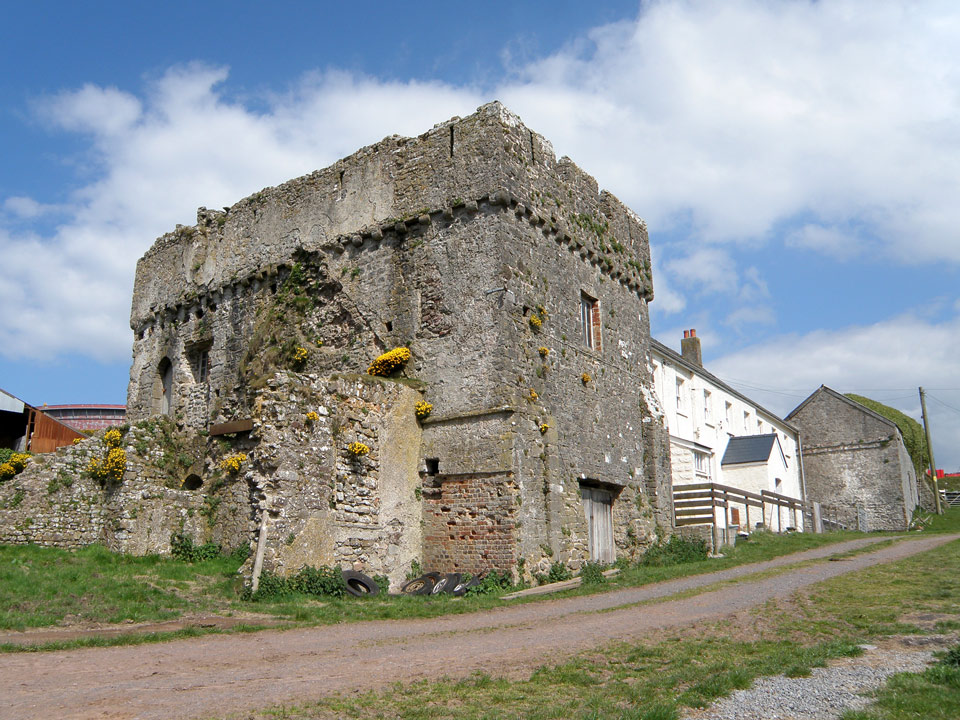 A fortified tower probably built in the 14th century with a wall walk and embattled parapet. Access is into the first floor, the ground floor acting as a stand alone basement. Originally it looks to have had a hall attached on the western side. In the middle of the 18th Century the adjoining wing was added as an extension but the whole site fell into disrepair in the 19th century. The wing has been restored as is still used as a residence, but the tower is now a shell.