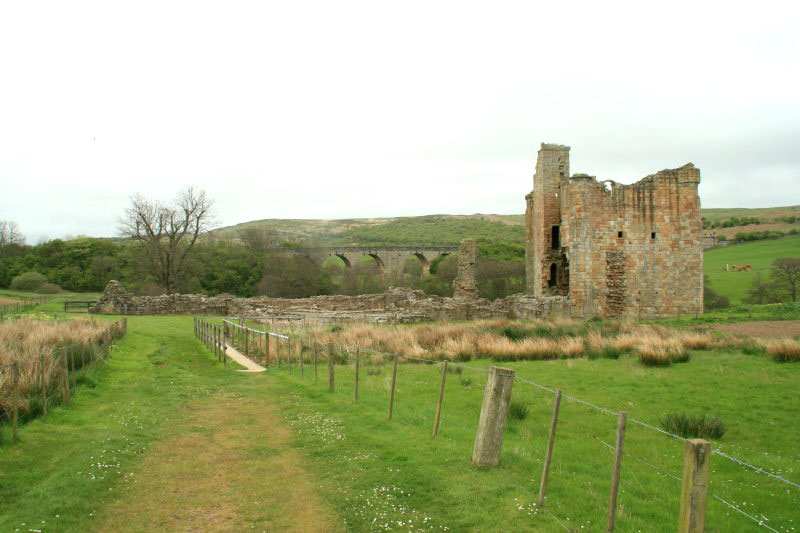 The first timber building was started in the middle of the 12th century and it was rebuilt in 1296 when the stone hall house with four corner towers was constructed. In about 1370 a large three storey tower was added on one side of the house and a curtain wall with gatehouse on the other side. During the Civil War much of the stone was removed for other buildings and by the 19th century it was totally ruined. Now only the tower and the foundations of the hall remain.