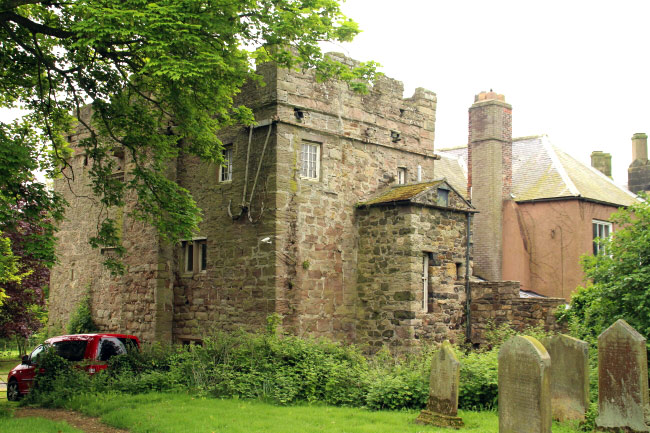 A 14th century vicar's pele tower. It is three storeys high with crenellations which were added in the 15th century. The tower is close to the church (photos below) which was started around 1100 although much of the structure is now 13th to 16th century. The church tower may have been the original fortification before the pele tower was built.