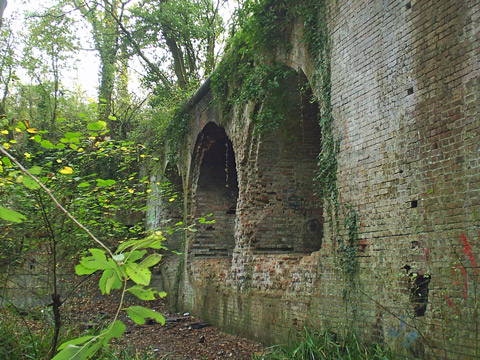 A 1860's fort linking the Portsdown Hill forts to the east and the Gosport forts and defences to the south. Originally a line of three forts was proposed to link the other 2 lines, but only Fort Fareham was built. It was to have held 83 guns, but by 1890 only fifteen 7" RBLs had been installed. Its interior is now a business park owned by Fareham Council and the exterior is decaying, overgrown and hidden by woods.

The outside can be seen from the woods on the western side. 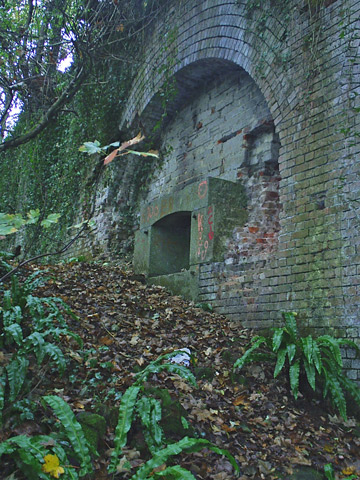 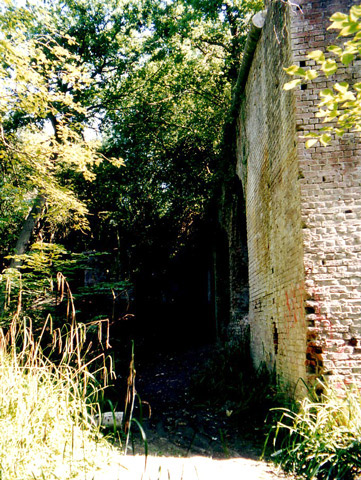