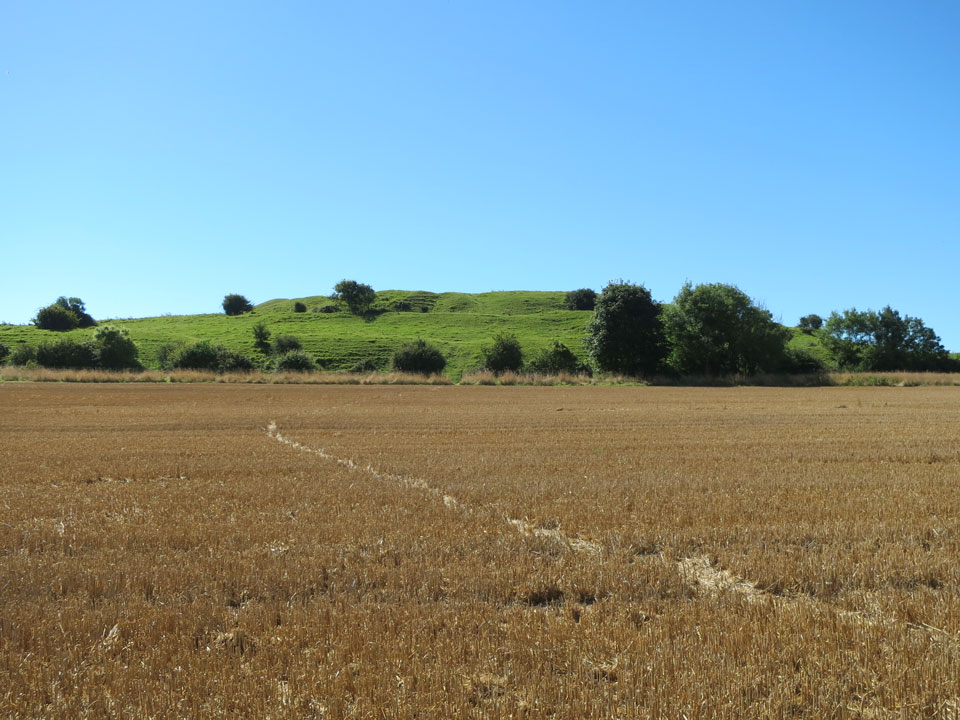 Also known as Caesar's Camp, the massive earth banks and ditches are the remains of a Norman motte and ringwork castle built in 1140. It is sited on the high Castle Hill which overlooks the Channel Tunnel terminus and which may have been the site of an Iron Age fort. Open all year.

A second castle was built in the 11th century near the harbour but this has since fallen into the sea as the cliffs have eroded. In the 16th century a 4 gun defence known as The Bayle was built but this was dismantled in 1887. Battery House was built inside the grounds in the 19th century and still stands. Two smaller 16th century three gun forts, Durlocks on East Hill and Church Fort at Priory Gardens, have now disappeared. 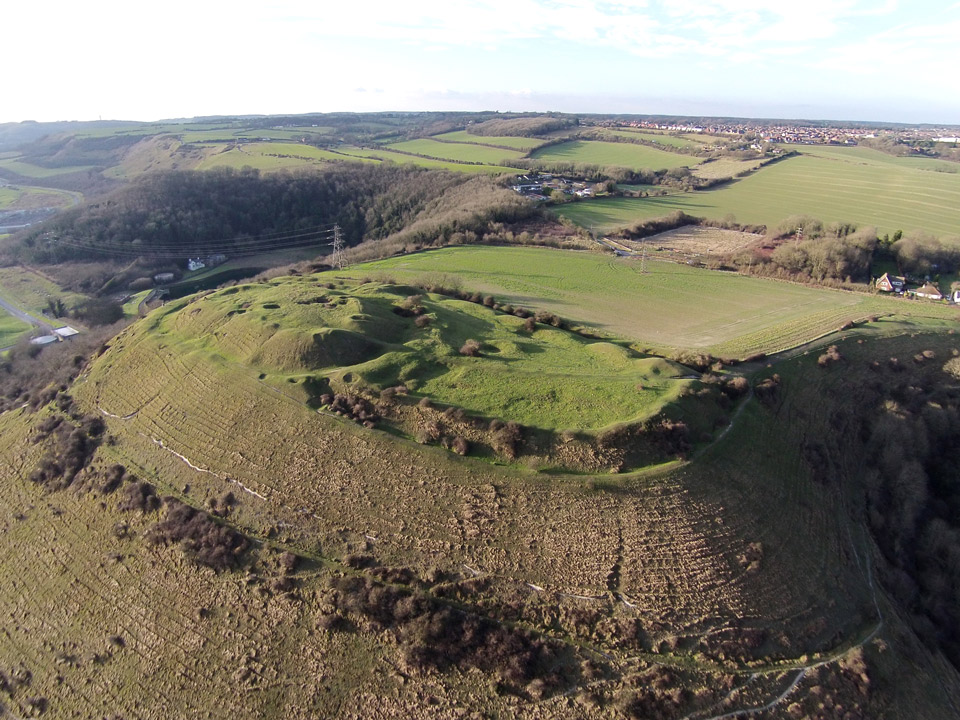 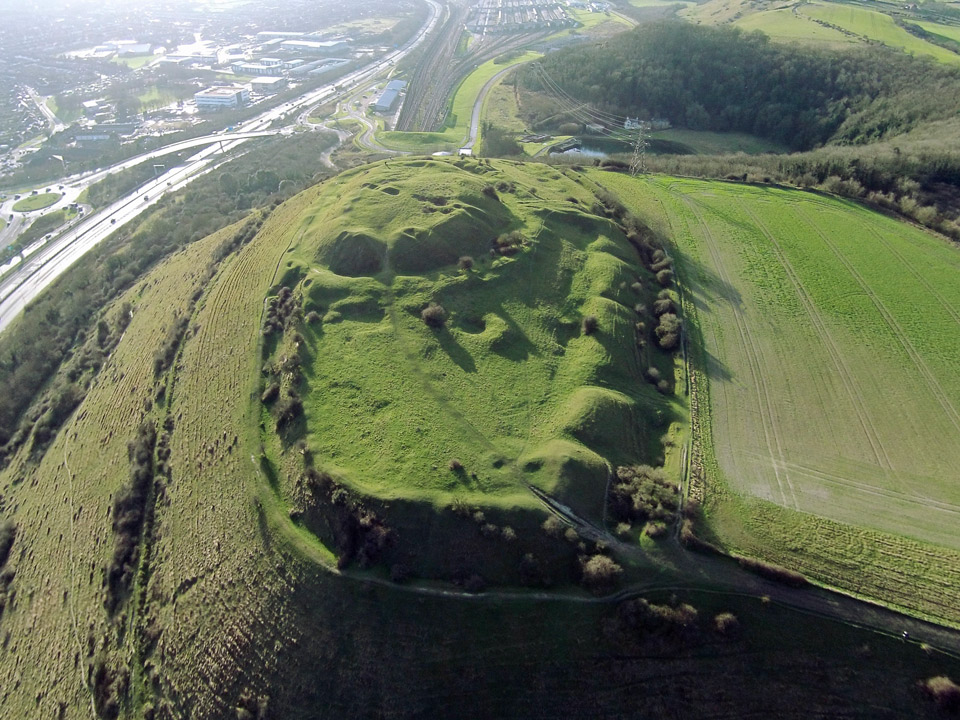