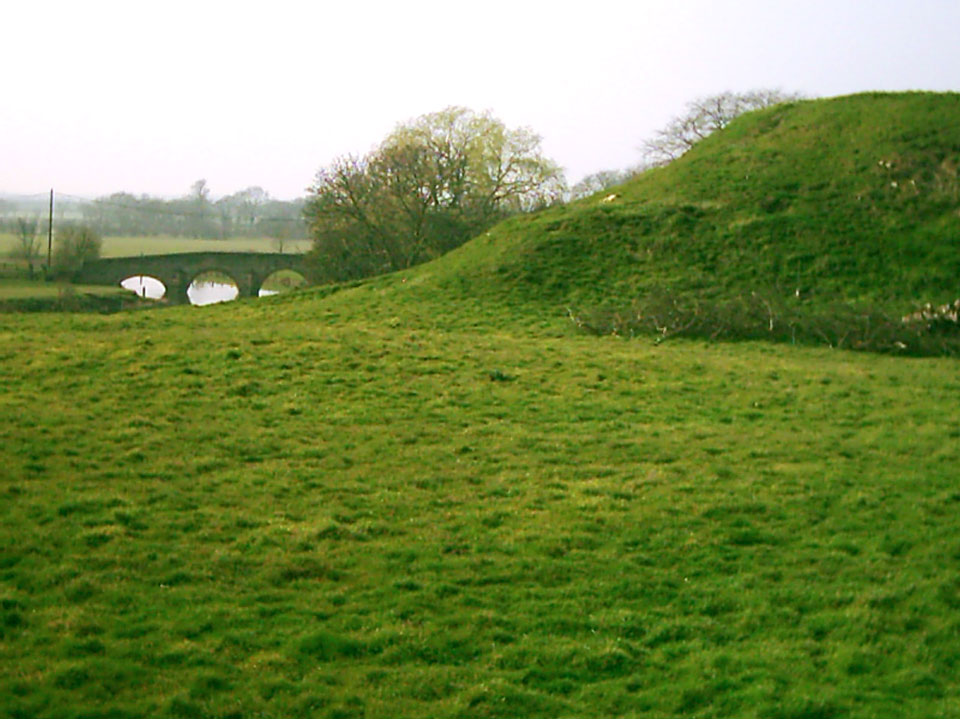 The 11th century motte on the bank of the River Nene is still 20 feet high and 200 feet in diameter and surrounded by a deep ditch. In the 14th century a stone shell keep was constructed on it but only a few fallen stones remain. It was used as a State prison as well as a Royal palace and in 1586 Mary Queen of Scots was imprisoned in the castle and was then executed herethe next year. The castle was abandoned in about 1630 and by the beginning of the 18th Century all of its walls and buildings were demolished. 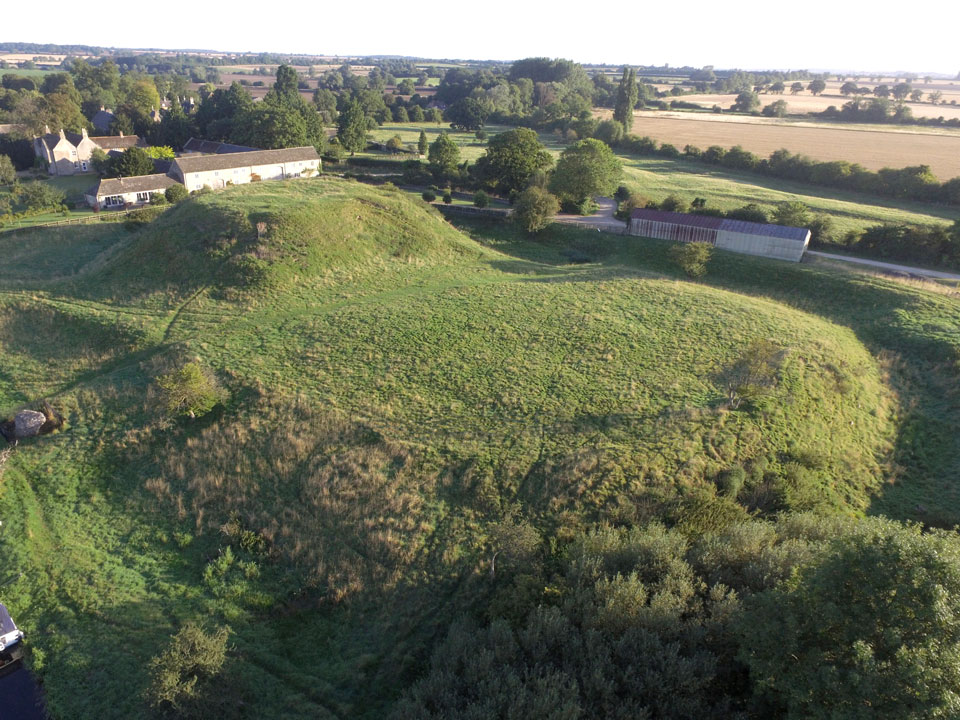 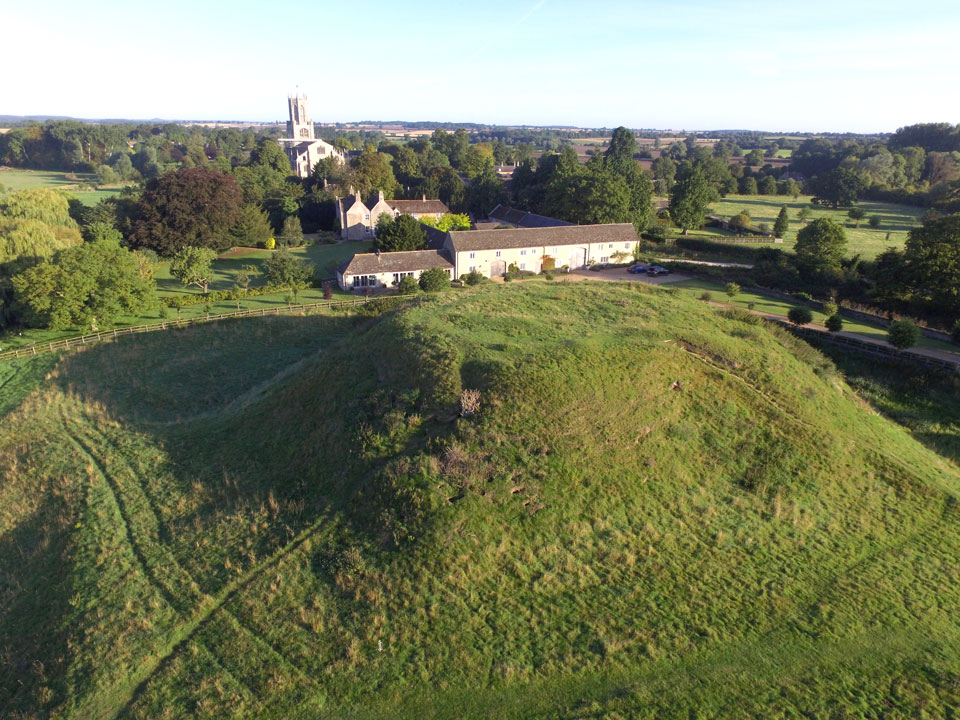