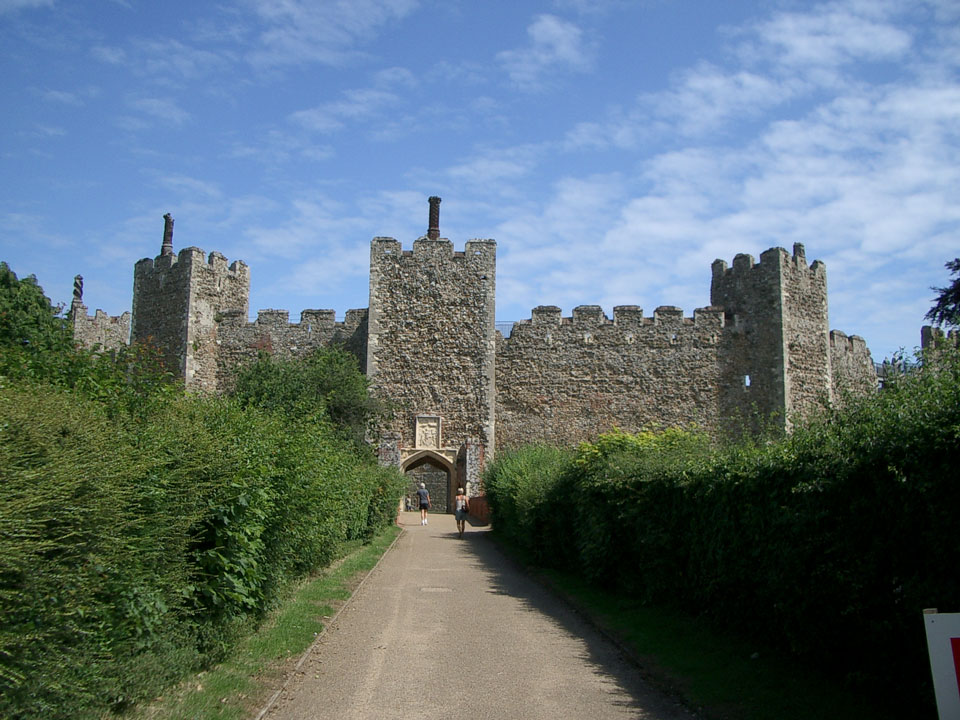 The first motte and bailey castle was erected at the end of the 11th century by Hugh Bigod, Earl of Norfolk, but it was mainly dismantled by King Henry 11 in 1174. The outer bailey remains as a public park and some of the stone buildings were incorporated into the later structure. It was rebuilt in c. 1190 with fourty feet high walls, a strong gateway and 12 sixty feet high towers which are well preserved apart from the Prison Tower that has partly collapsed. The castle was used as a residence until the 17th century when a poorhouse was built inside the walls, later extended in 1729 - these are the buildings inside the castle walls. The poorhouse continued until 1839 after which the castle declined and some of the stone was removed. The walls are still in good condition and you can walk around the top of them.