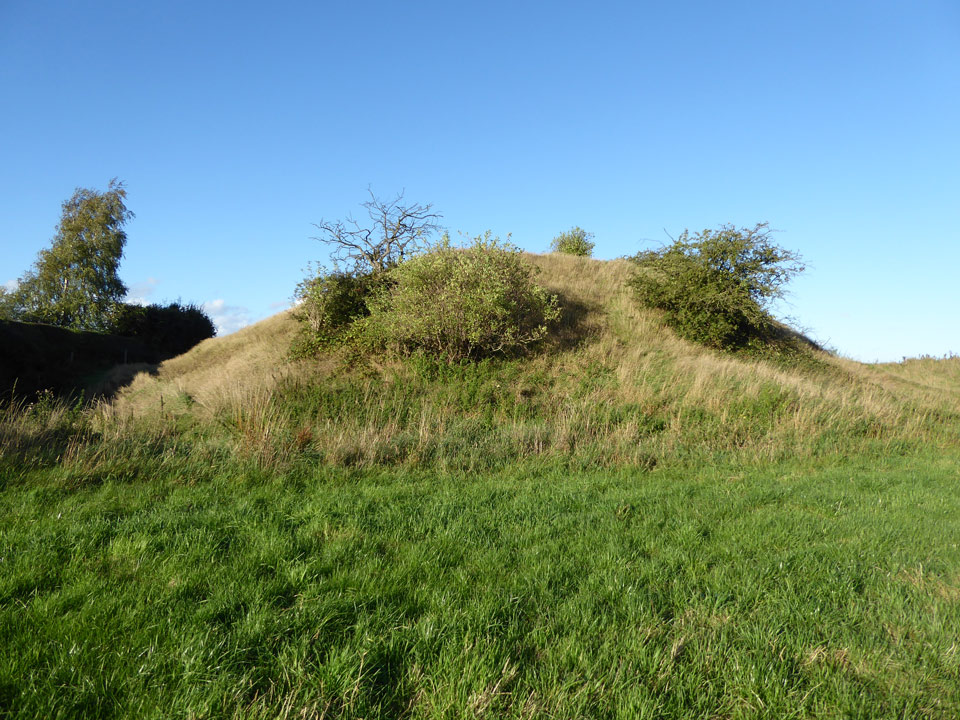 A 20 feet high motte, known locally as Castle Knob, with bailey remains from this 12th century site, probably built by by William de Gresley during the first Civil War. There is a 30 feet wide and 6 feet deep ditch around the base of the motte. The summit is 40 feet across and there is a raised circular platform which may be the site of a tower or keep. The castle would have commanded wide views over the countryside between the River Trent to the north and the River Mease to the south.

Next to the motte is a small Cold War nuclear shelter.