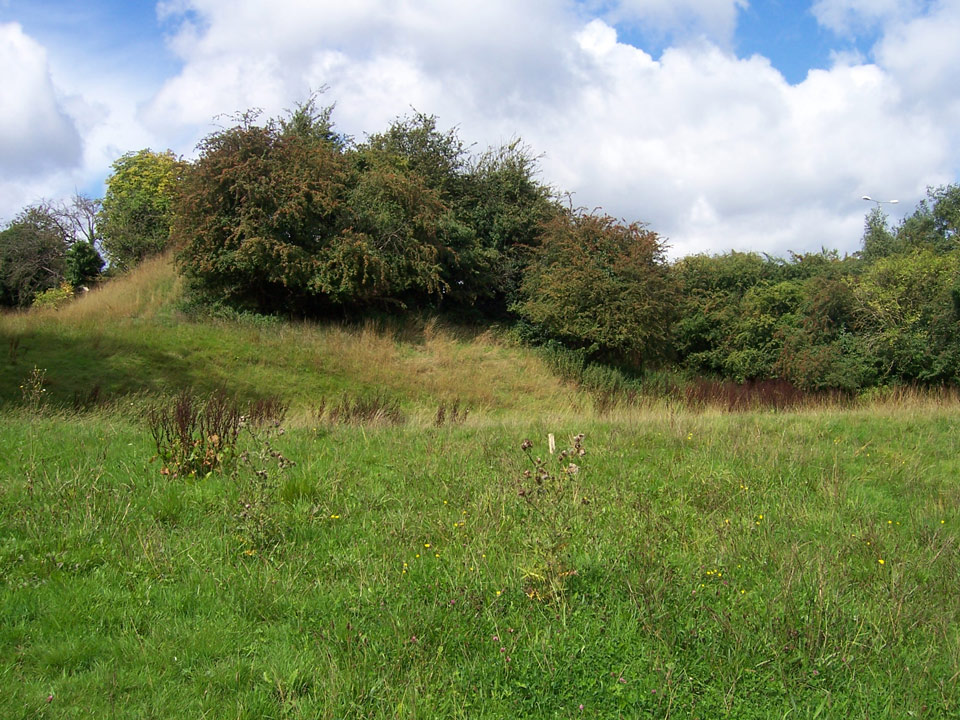 The castle was built by Hugh de Grantmesnil towards the end of the 11th century. The stone keep was built directly onto the bedrock with an earth motte 100 feet across and 25 feet high then being built up around it. It was beseiged and eventually destroyed by Henry II in 1173. In the 13th century a manor house was built by the Grey family within the bailey. This was replaced in the 14th century by a larger house, now demolished and superseded in the 15th century by the present Old Groby Hall which was extended with a brick tower in the late 15th century. In recent years the northern side of the site was badly damaged when the A50 dual carriageway was constructed.

Time Team carried out an excavation in 2013 - Series 18, Episode 7, "The House of the White Queen". This refers to Elizabeth Woodville who inherited Groby after the death of her husband Sir Edward Grey and who then married King Edward IV in 1464. Their two boys became the ill-fated Princes in the Tower.