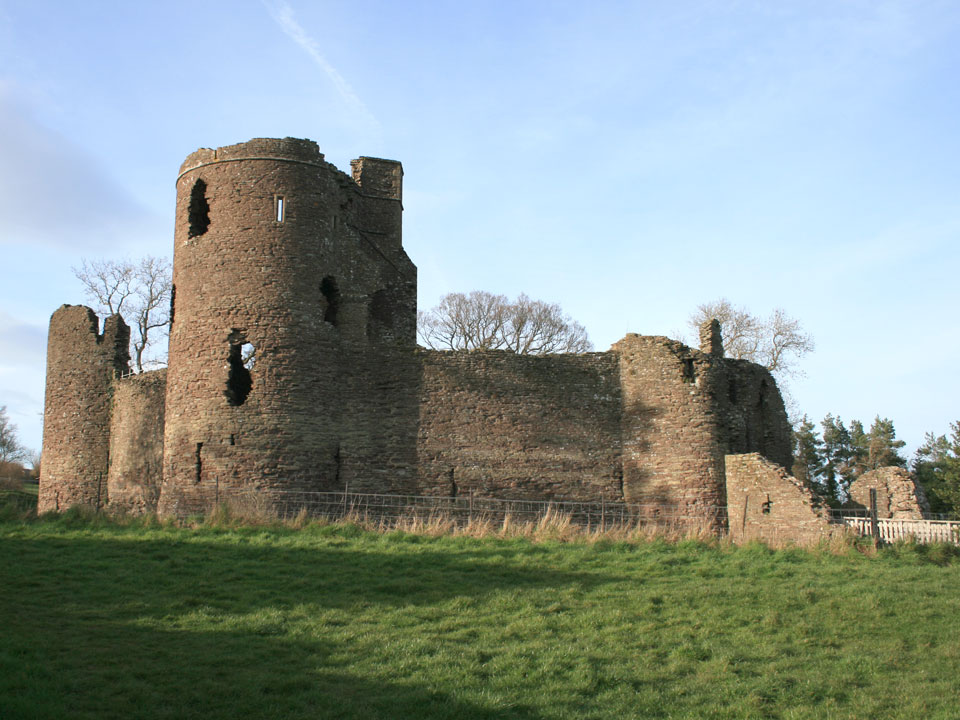 An 11th century Norman motte and bailey castle, built first in wood, which was reconstructed in stone at the start of the 13th century. The Great Hall was built in about 1202 and the stone walls and towers were completed 20 years later on the original motte, surrounded by a moat. It was rebuilt as a residence in the 14th century and strengthened a hundred years later but by the start of the 17th century it had fallen into ruins. 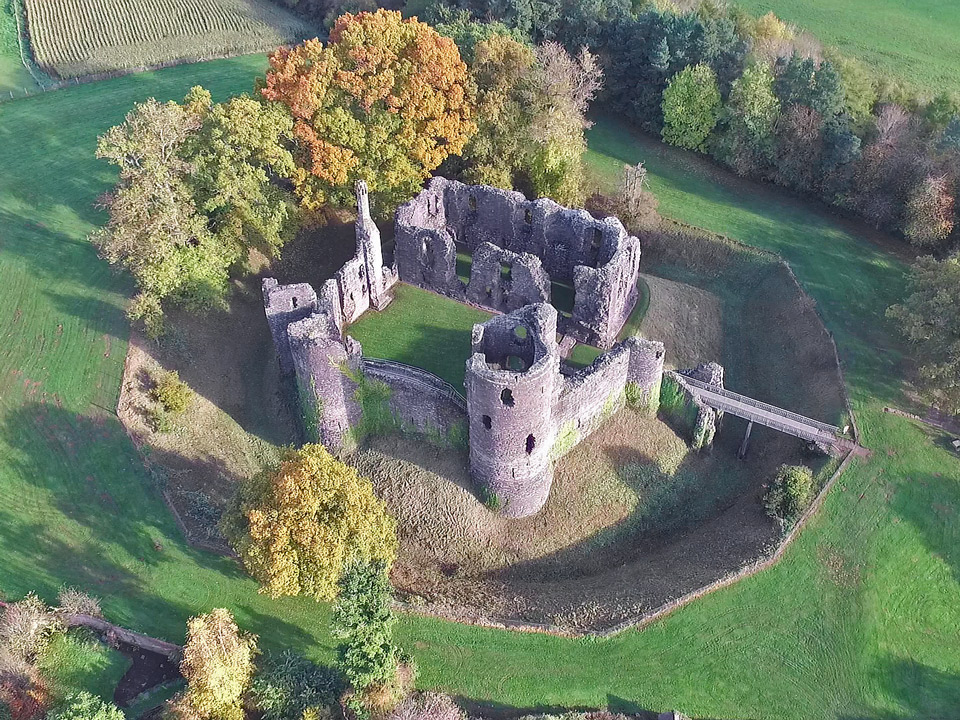 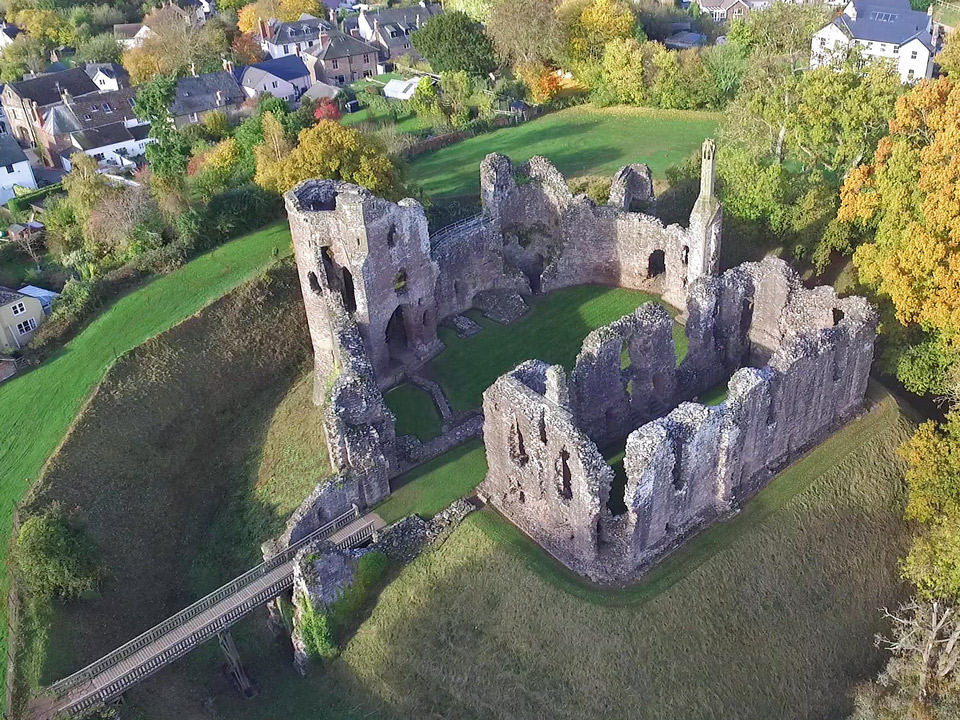