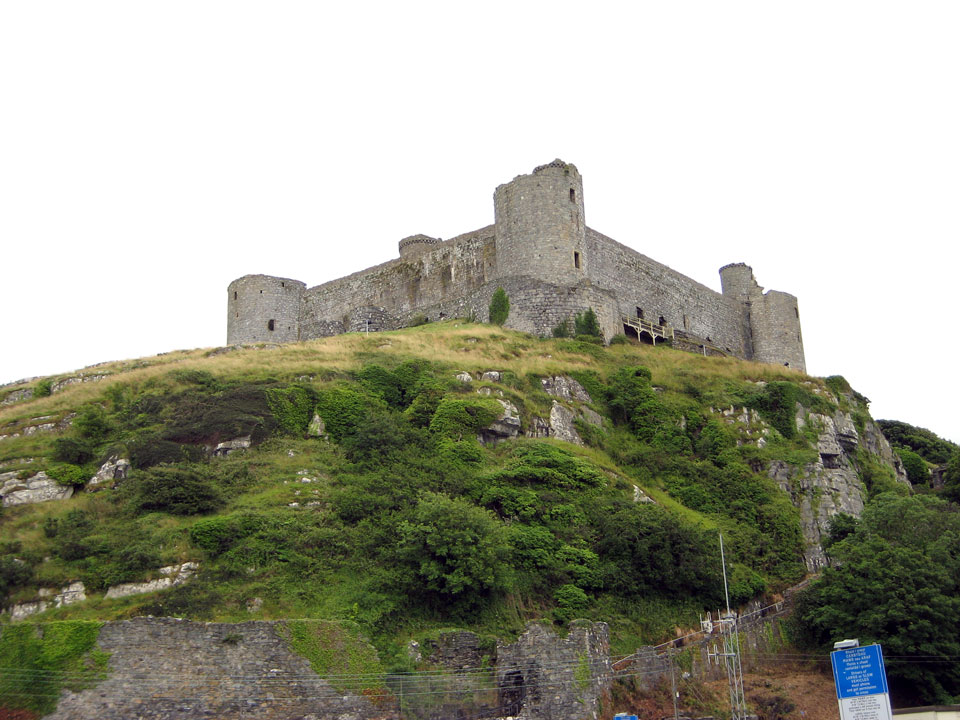 A powerful castle, built on a rock near the sea, which was started in 1283 by King Edward 1 to control the Welsh. Within a year it was defendable, but it was not finally competed for another seven years. The defences were based on four corner round towers and a strong gatehouse, overlooking the sea which then came right up to the cliff. A flight of stairs protected by 2 gates led down to the sea to bring in goods by boat. It was captured by the Welsh after a long siege in 1404, but was regained in 1409 after being badly damaged in a second siege. During the Civil War it held out against Parliament for 9 months until the end of the war after which some of the defences were slighted, but it is still well preserved.