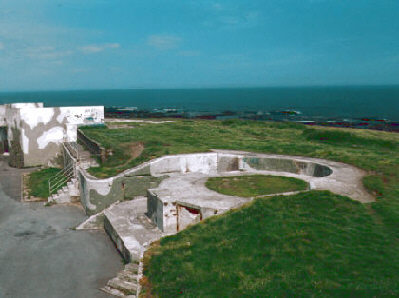 Hartlepool's earliest defences were the medieval town walls, from which the Sandwell Gate remains. The first gun batteries to protect the shore were added in 1650 but these were regularly rebuilt or replaced during the 18th century. As part of the Palmerston defence programme the batteries were replaced by Heugh Battery (1860, rebuilt 1898), Lighthouse Battery (1860), Cemetery Battery (1894) and South Gare Battery (1891), the latter on a breakwater protecting the entrance to the River Tees. They were all decommisioned by 1956 and Cemetery and Lighthouse Batteries have been completely demolished. Heugh and South Gare have been partially demolished but some of the structure remains.