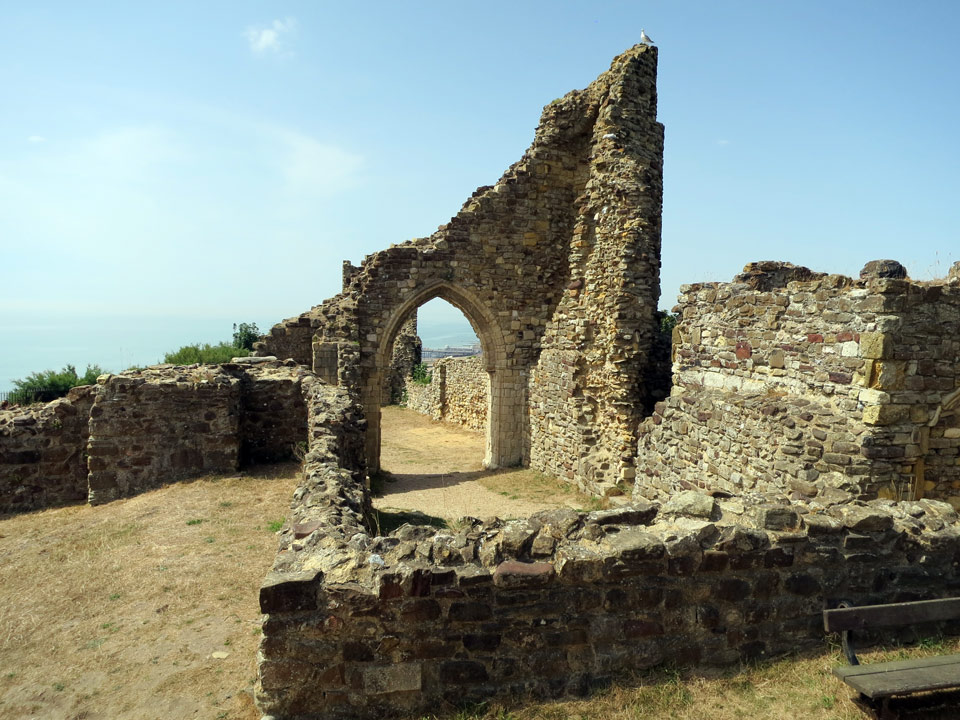 The original wooden castle was erected in 1066 straight after the invasion on the site of an earlier defensive Iron Age fort on top of the cliff that now overlooks Hastings Old Town. It was rebuilt in stone in 1070 as the first permanent Norman castle in the country. The castle was partly demolished by King John in 1216, but it was refortified during the 1240s by King Henry 111. The southern half of the castle, including the 12th century keep, has fallen into the sea, but the foundations of the 11th church and some of the 12th & 13th century stonework remains. By the 16th century the castle had been abandoned but it was excavated and used as a tourist attraction in 1824. 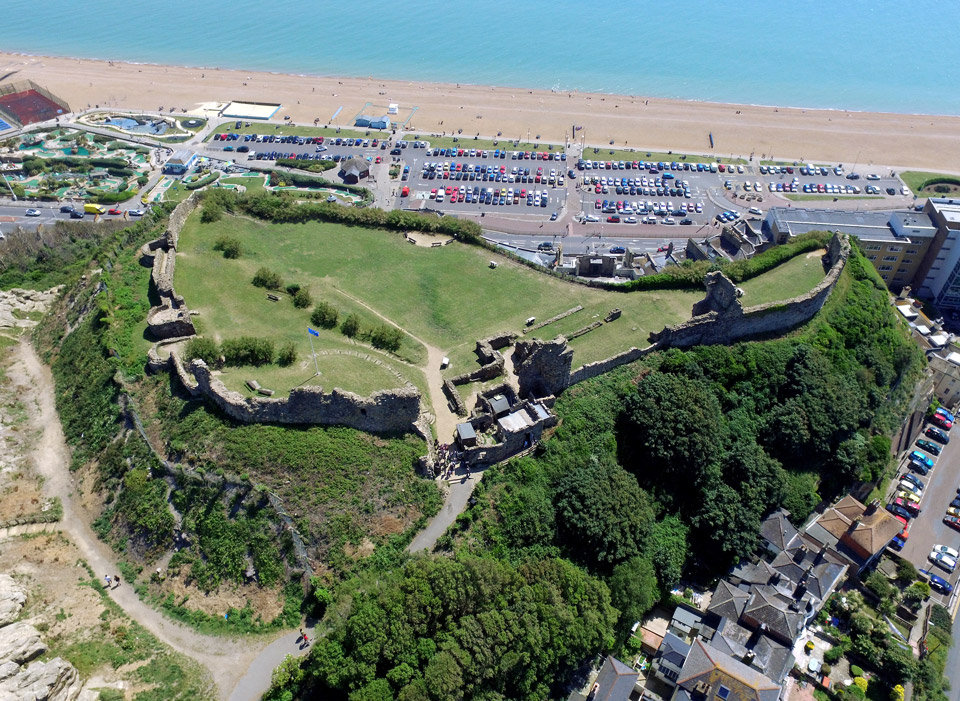