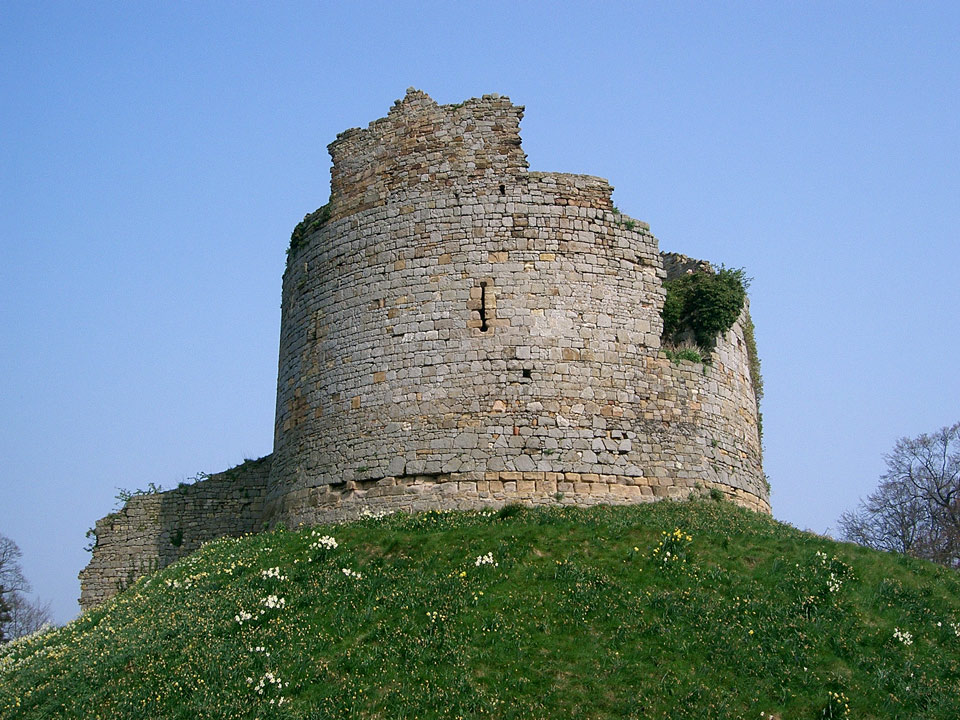 The first castle was a wooden fortification near to the church, it was moved to the present site in the 12th century. The stone keep remains from this castle which was destroyed in 1265 by the Welsh. It was then rebuilt at the end of the 13th century as a part of the new defences of North Wales. It was slighted in 1647 during the Civil War, but the keep and part of the walls remain. 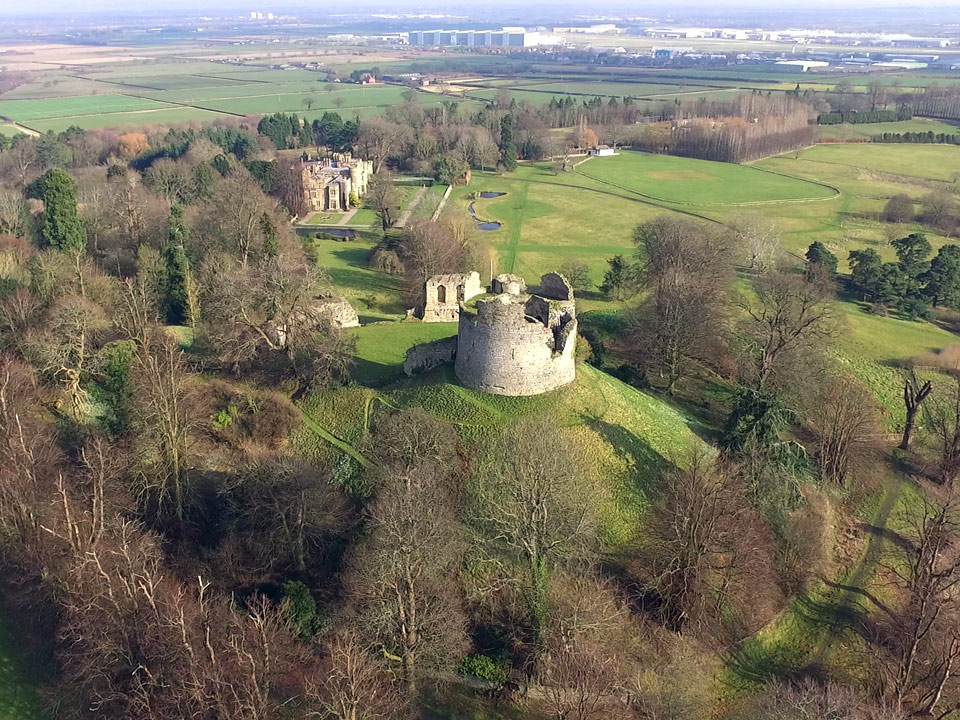 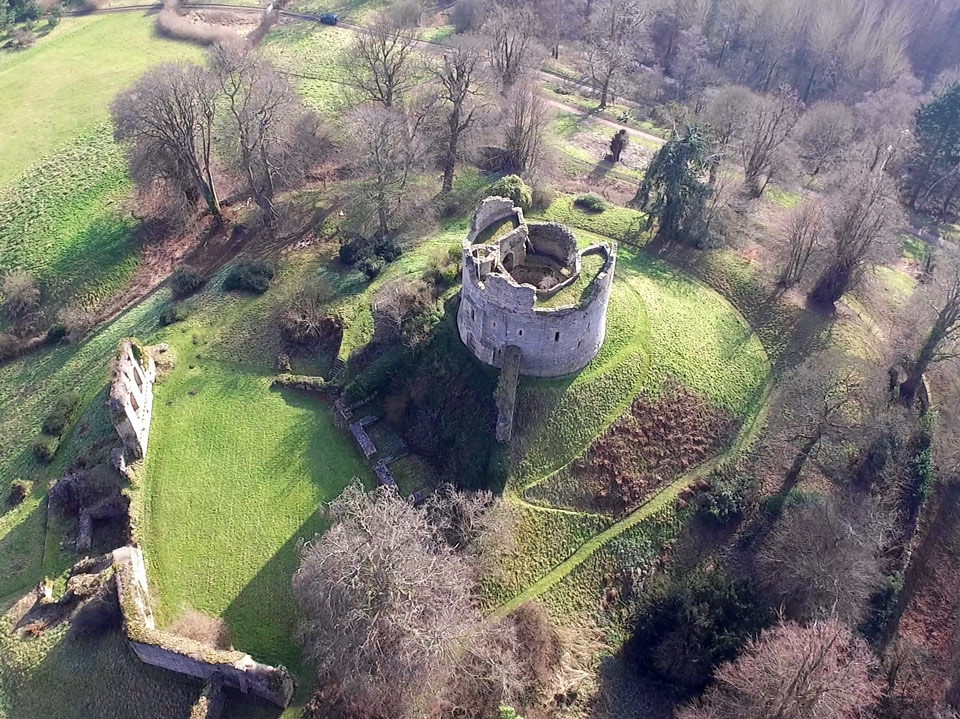