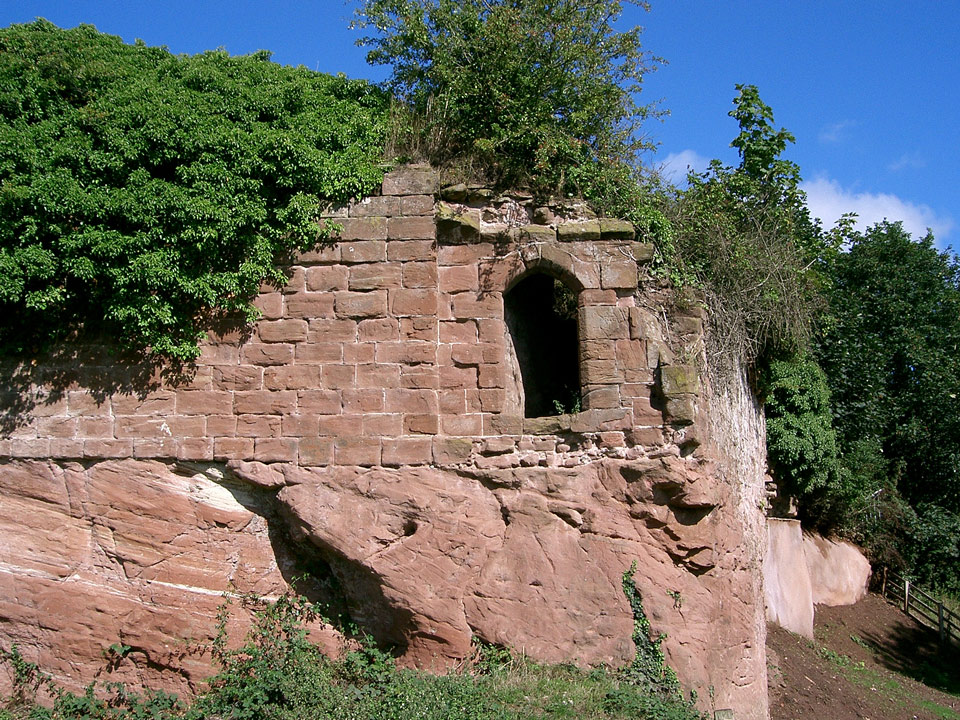 It was built in 1283 in red sandstone in a pentagonal shape overlooking the River Dee as part of the new defences by King Edward 1 to prevent further Welsh attacks. A number of other castles were constructed at the same time including Flint Castle, Debigh Castle and Conwy Castle nearby. At the start of the 17th century it was still in use, though in poor condition. It was strengthened in 1643 during the Civil War when it was held for King Charles, but it surrendered to Parliament in 1647. Little now remains of the original four round towers and square barbican as it was slighted after the Civil War and the stone used to build Eaton Hall and local buildings.