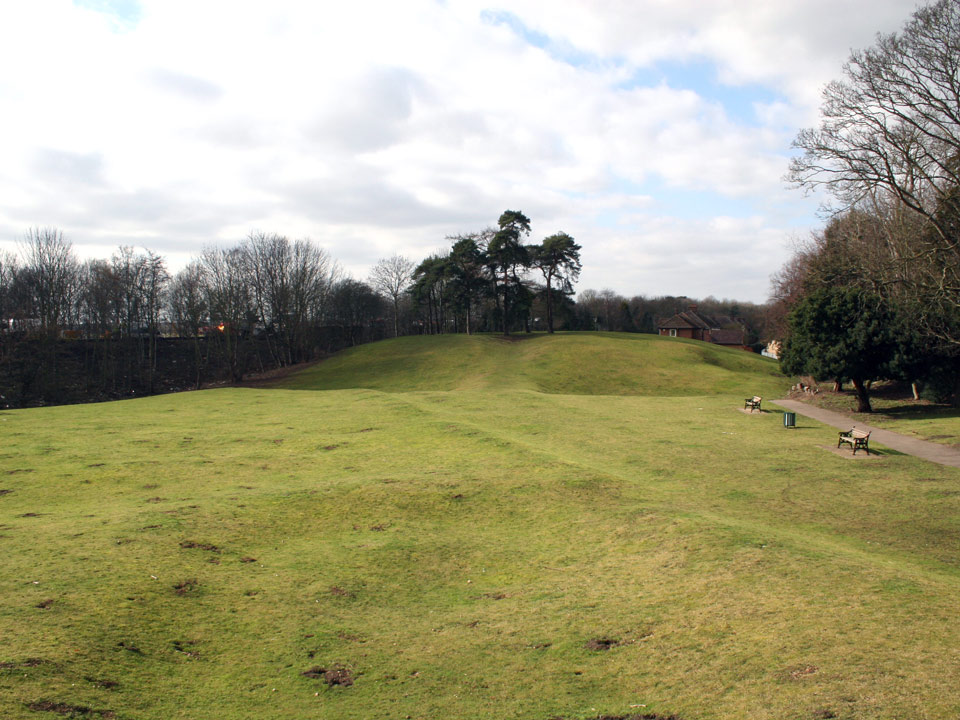 Originally constructed in 1068 in wood to guard the River Ouse, but it was probably rebuilt later in stone. It was destroyed at the end of the 12th century. A windmill was built on the motte in the 19th century but this has now been demolished. The bailey and motte are now a small public park.