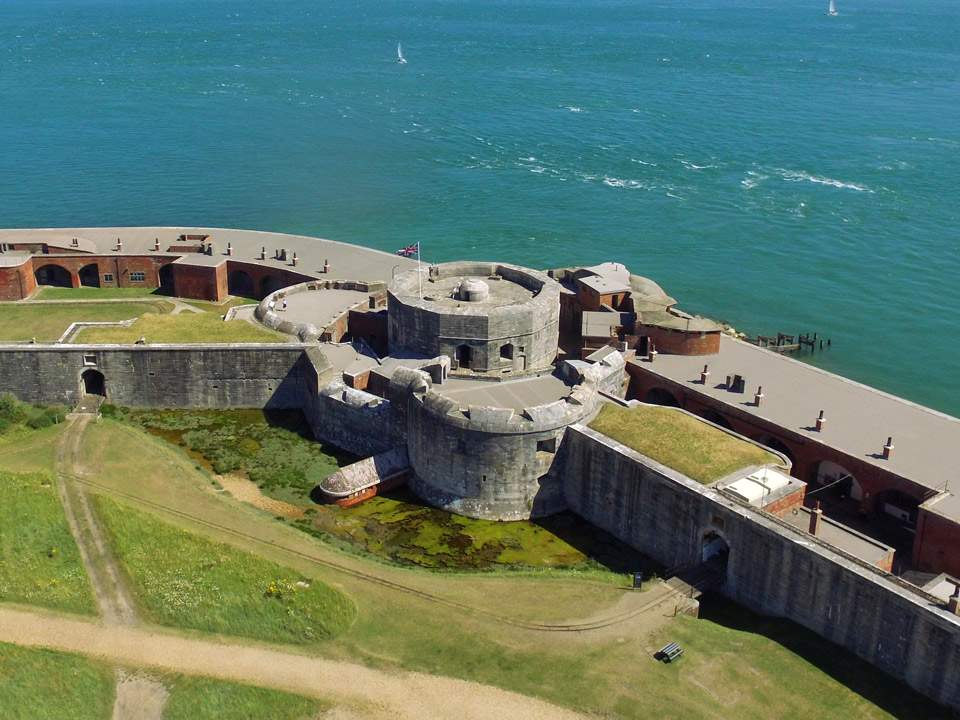 It ws built in 1544 on a shingle spit at the western entrance to the Solent. At the centre of the castle is a twelve sided tower surrounded by three semi-circular bastions. Extra gun batteries were added to the east and west in 1852 but were replaced between 1863 and 1870 by newer, much stronger west and east wings although the iron armour plating was not in place until 1874. The castle was extremely powerful now with ten 12.5", 38 ton (see photo) and twenty five 9" and 10" RML guns. Across the Solent Forts Victoria and Albert completed the defences. At the end of the century some old guns were kept but six new Quick Firing guns became the main armament. The castle remained in use until 1933 but was then re-manned in World War 2. 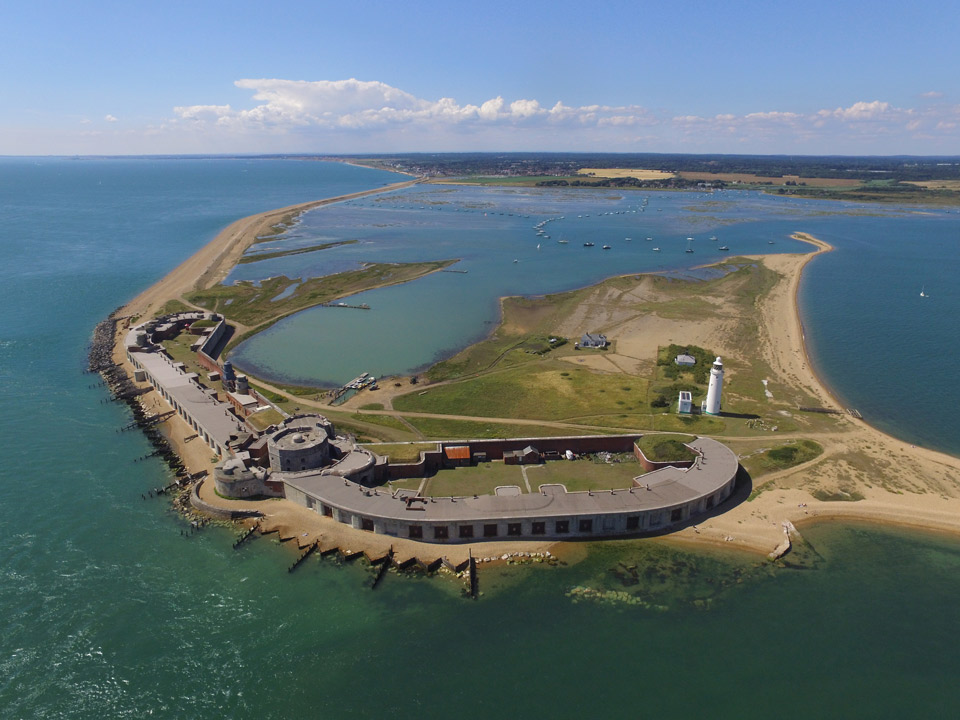