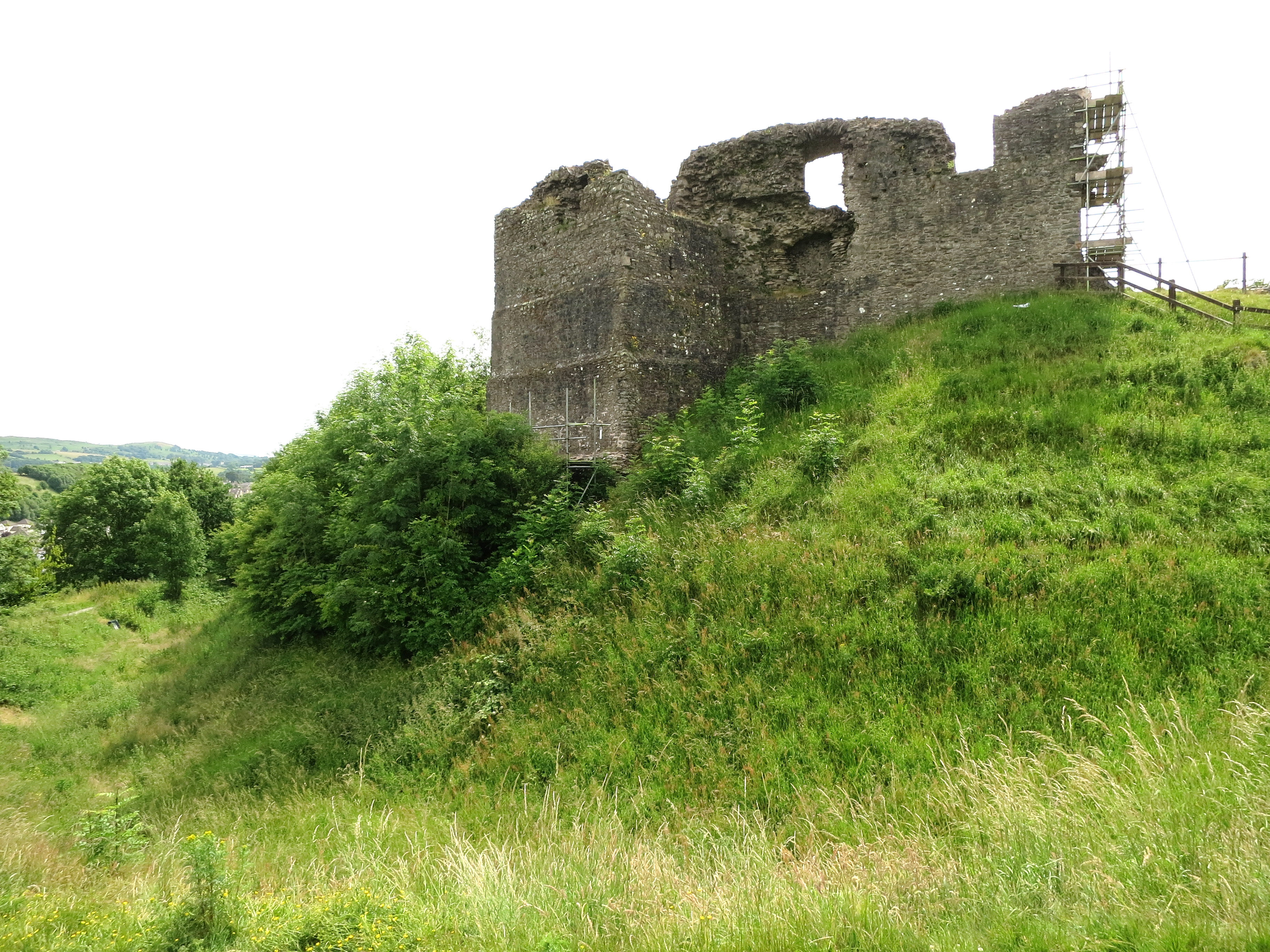 A 12th century castle that had fallen into disrepair by the 16th century and which is now in ruins though part of one of the towers and the keep are still standing. It was originally constructed of earth and timber but was rebuilt in stone in the late 12th century with four round corner towers and a square keep. The castle is on a hill overlooking the town.