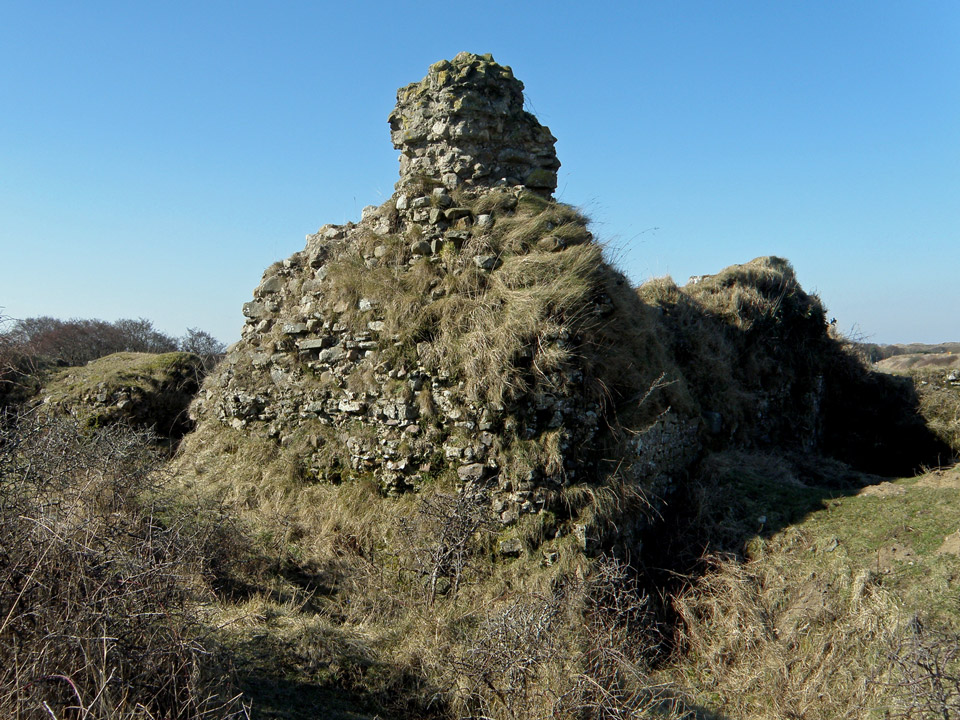 The castle was built by Robert, Earl of Gloucester, in the early 12th century at the northern end of the walled settlement he started on the banks of the River Cynffig. The castle and town, protected by a bank and ditch, was attacked and destroyed by the Welsh at least seven times in the 12th, 13th and 14th centuries. In the early fourteenth century the castle was substantially rebuilt, the ramparts being removed and a curtain wall and gatehouse were erected. During the 15th century the site was steadily taken over by sand dunes leading to it being abandoned and sand now covers the town and castle. Parts of the square keep which was 50 feet wide still stand up to 10 feet high. 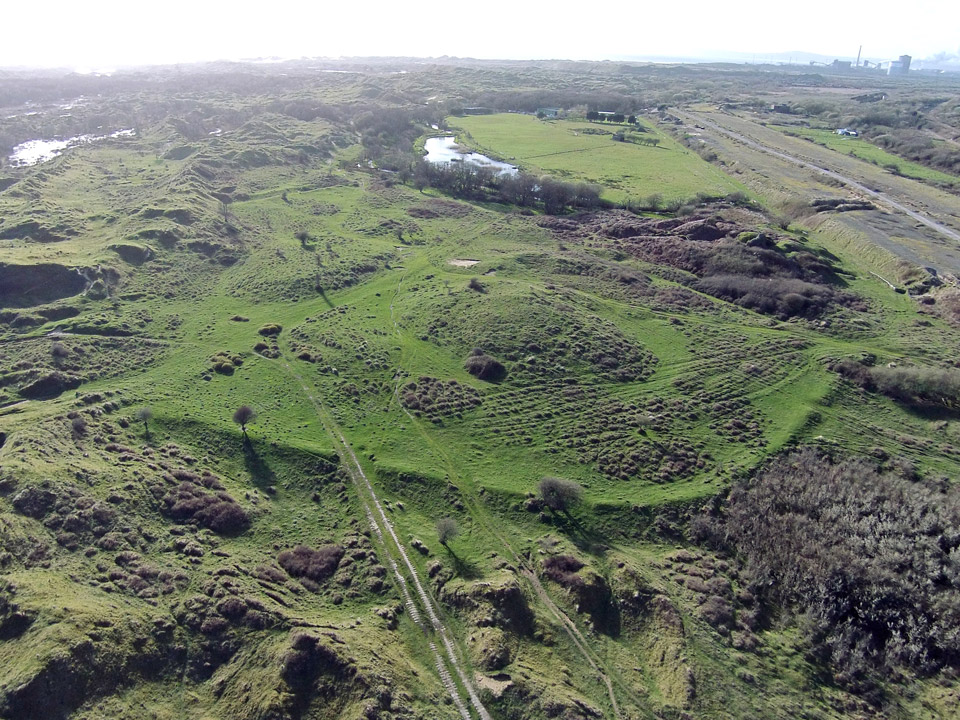