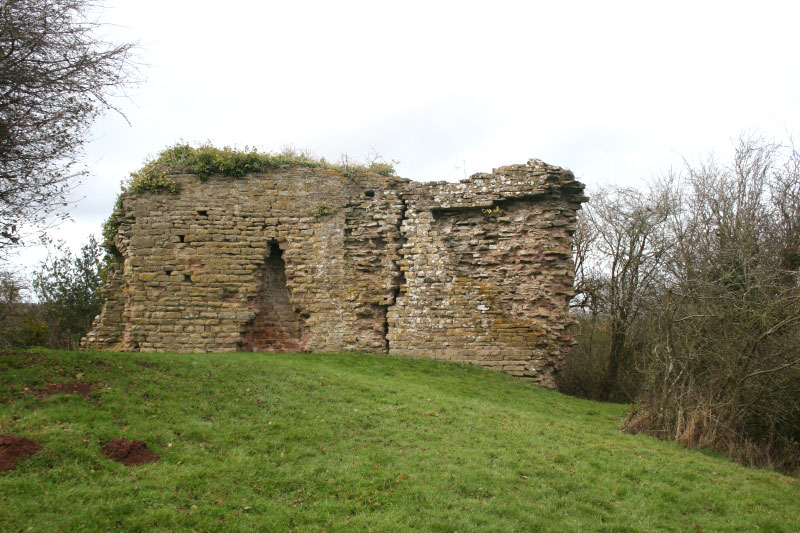 A motte with earthworks dating from 1090 remain near to the church. There are fragments of the 13th century stone keep but the curtain wall has vanished. The castle fell into disrepair in the 14th century but was used by the Royalists during the Civil War after which it was demolished by Parliament. 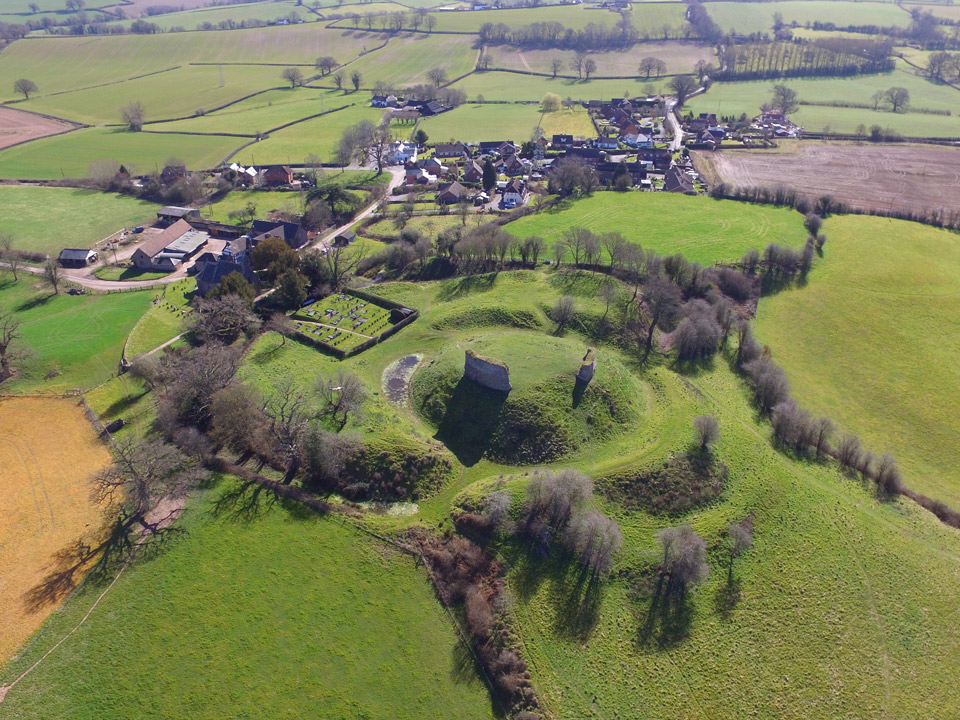 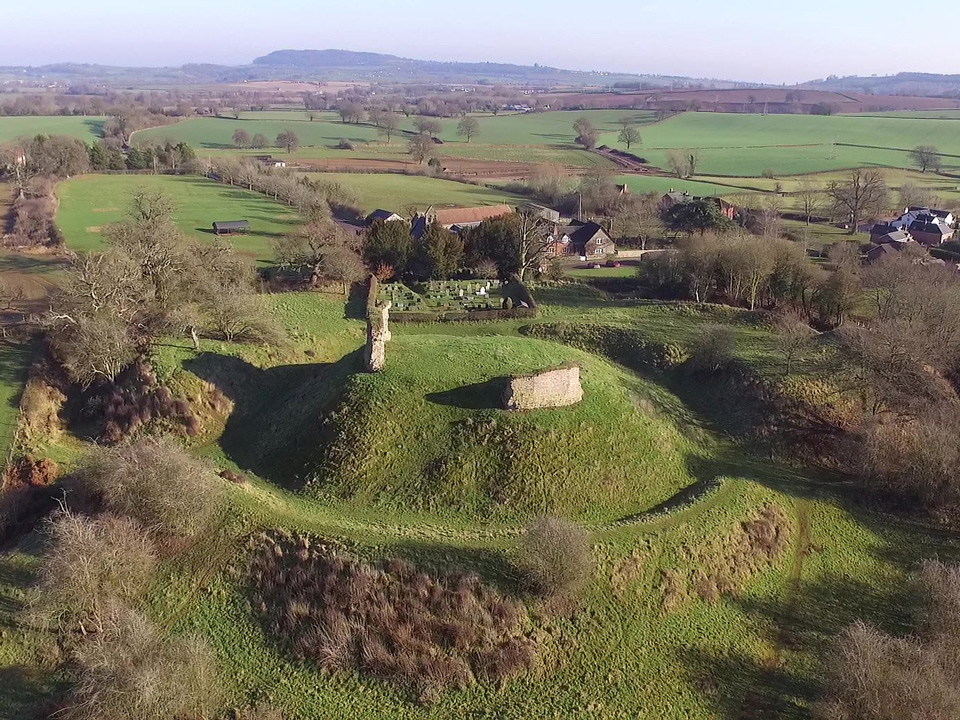