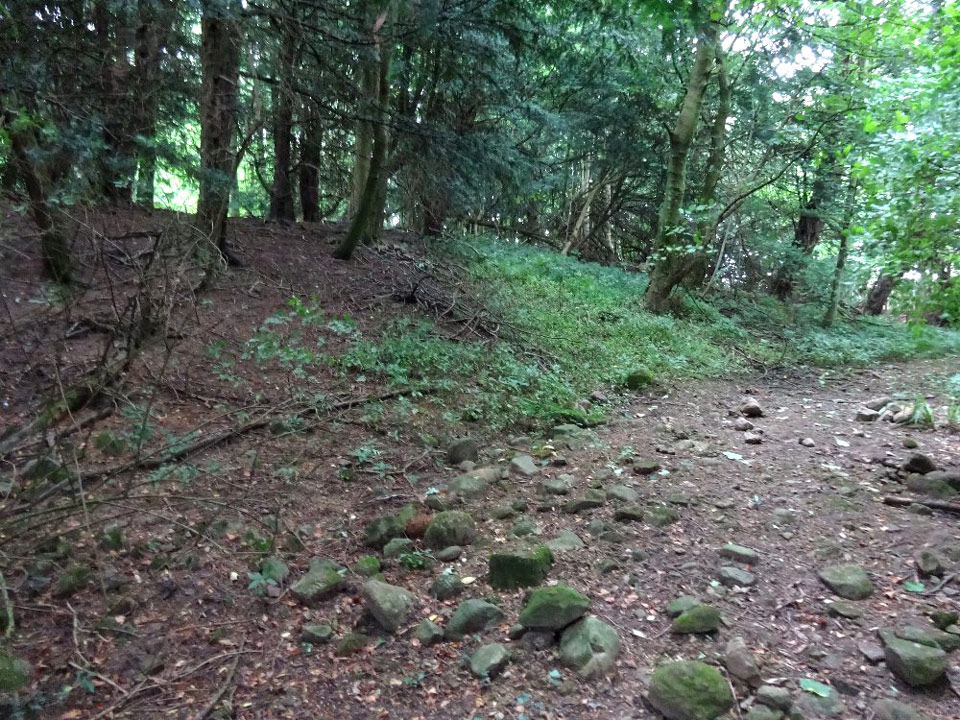 The earthworks remain of the motte and bailey castle, also known as Kirkby Malzeard castle, on a spur on the southern bank of Kex Beck river. It was in existance at the end of the 11th century and was in use until it was destroyed in 1176 by King Henry II after which it was abandoned. The low motte is 80 feet in diameter and hidden by trees. 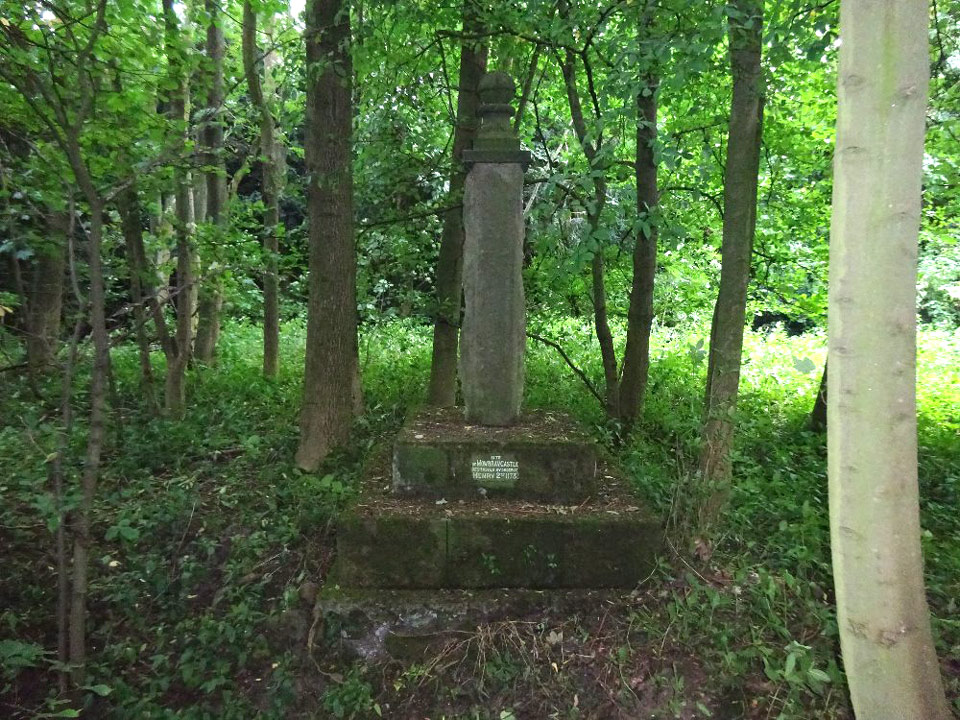