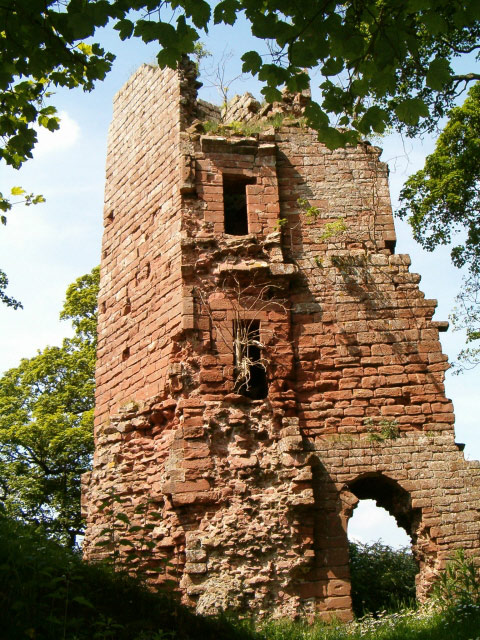 The Castle was fortified in 1210, but was destroyed one hundred years later. In the 15th Century it was rebuilt and extended, surrounded by a large wall and a moat. Only one 60 foot tower remains - the contents were transferred to Naworth Castle, and the stone was used for building material.

The ruins are in a dangerous condition on private land, but can be viewed from the public footpath that runs alongside.