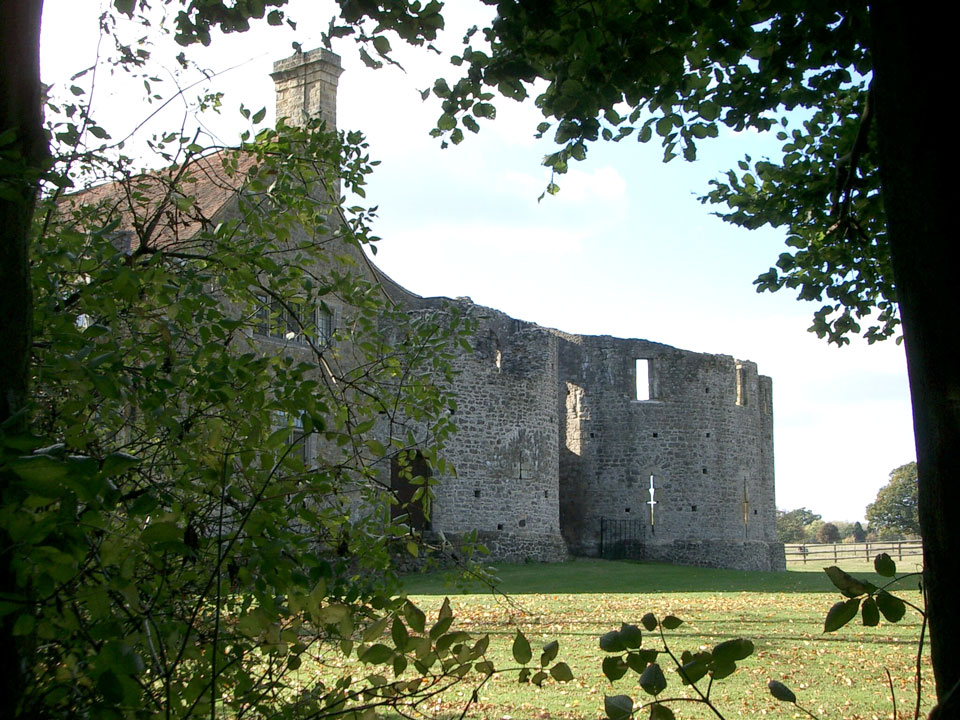 There are traces of a circular earthwork enclosure and part of the powerful twin towered gatehouse which was built in 1275 behind the church. The curtain wall was complete at the start of the 18th century but has since vanished. The remains of the gatehouse and part of the southern tower are now incorporated into a house built in 1930. 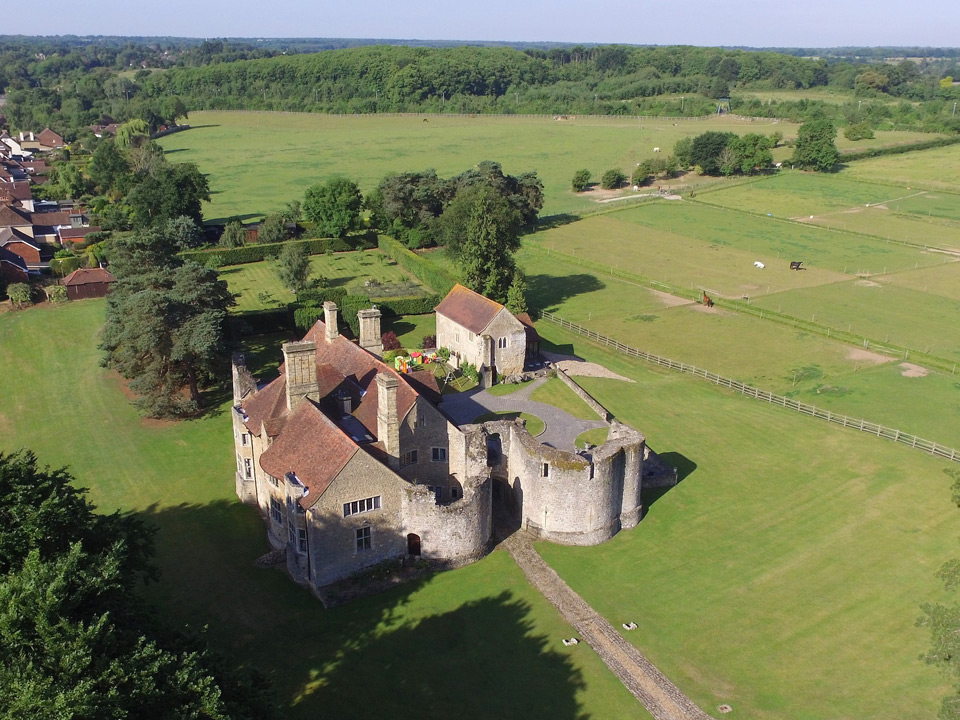